The Week in Travel – 5th November 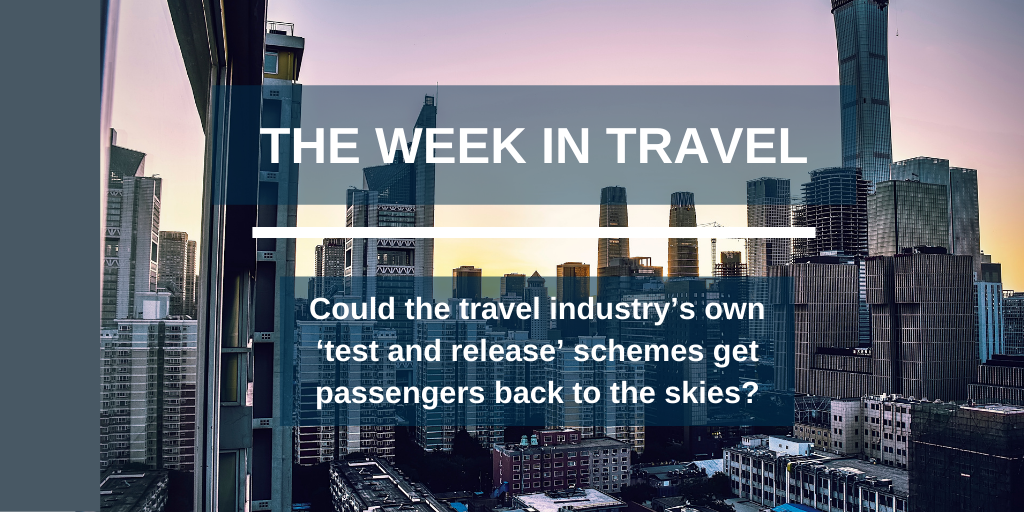 As the debate over global coronavirus testing at airports rages on, new research suggests the travel industry’s own ‘test and release’ schemes could be a way of safely getting passengers back to the skies.

As reported in Business Traveller, a number of countries have been successfully identifying COVID-19 cases by introducing their own airport test and release measures. This entails passengers being tested on arrival into a country, and then being tested again after a short quarantine. If they show a negative result, they are then released earlier than the current 14-day self-isolation period.

Research conducted in countries including France, Iceland and Canada found single COVID-19 tests had identified between 54% and 76% of infected travellers, rising to 90% detection effectiveness with a second test after five to seven days of quarantine.

The news will not provide much comfort to UK airlines, which have been forced to cancel domestic and international flights after the government reinstated a national lockdown. Despite this, a new Westminster-funded airline, Flypop, this week announced its intention to offer low-cost flights between the UK and India by 2021.

There were further positive reports from the developing Middle East travel market, where United Arab Emirates airline flydubai has agreed to start direct flights to Israel this month. The service will offer twice daily flights between Dubai and Tel Aviv from 26th November.

Finally, after nearly a decade of waiting, Berlin Brandenburg Willy Brandt Airport has welcomed its first passengers. The airport was originally scheduled to open in 2011, but has faced ongoing delays during its development. A total of 3,077 passengers passed through the terminals on its first day of operations.