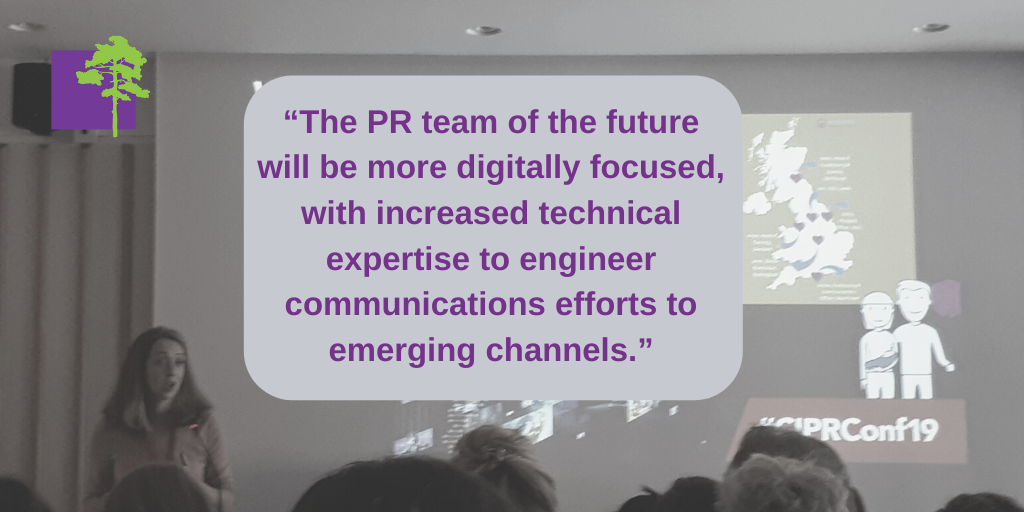 The PR industry is in an age of significant change. Agencies are having to adapt their business to stay ahead of today’s digitally-savvy generation, who are now more likely to receive their information and news through social media rather than newspapers and television.

This was one of the main topics of discussion at the CIPR National Conference. Of the many presentations taking place throughout the day, the session looking at how to create digital communications ‘on a shoestring’ was the one that piqued my interest the most.

One of the key conclusions from the session was that it’s vital for PR companies to truly understand who their digital audiences really are. Leanne Manchester, digital and content manager at The Wildlife Trusts, gave the example of a five-year digital campaign launched to grow the number of sign-ups to the organisation. She said her team soon realised that Facebook had the biggest Wildlife Trusts community, and was also the biggest social media convertor for sign-ups, so the majority of the campaign’s communications were made through this channel.

Making effective use of more affordable media tools, such as video functions on mobile phones, can also help to create maximum impact at minimal cost according to Katie Lawson, head of fundraising at charity group Tiny Tickers. Katie said she regularly posts short phone videos on social media to raise awareness of her organisation’s work, which in turn builds engagement with online audiences.

Digital was also a major focus of Adrian Ma’s exploration of what PR jobs will look like in the future. The MD of Fanclub PR said the rise of digital technologies has completely changed all aspects of life, including how PR companies create brand awareness and grow share of voice for their clients. He pointed to a recent Ofcom report, which found that 49% of people in the UK now find their news on Twitter.

“This Twitter news feed is controlled by algorithms, and more often than not, these algorithms are becoming the editors of news discovery,” said Adrian. “As PR practitioners, we need to understand how these algorithms work and what impact this will have on creative awareness and consideration.” The PR team of the future, therefore, will be more digitally focused, with increased technical expertise to engineer communications efforts to emerging channels.