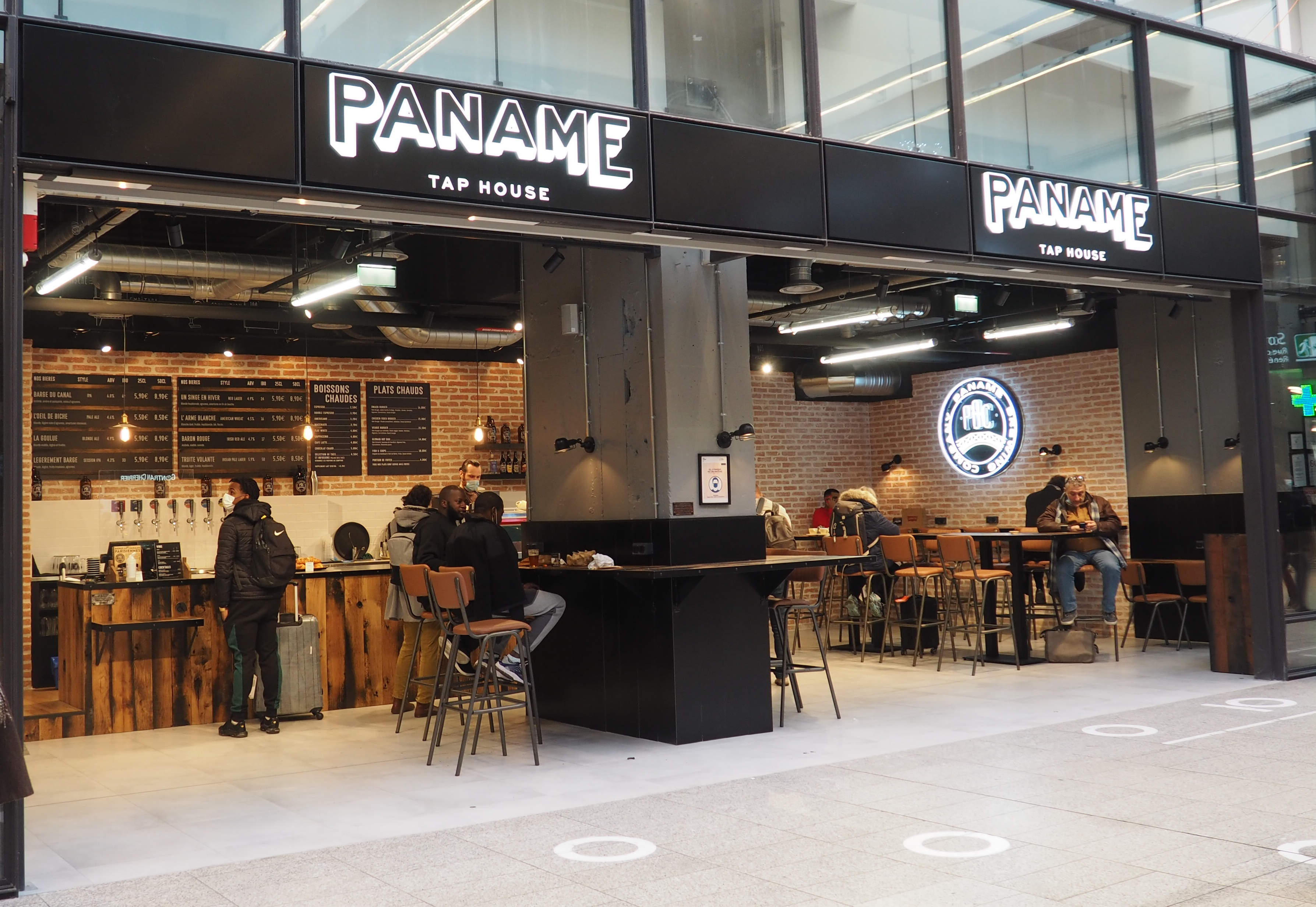 SSP welcomed its first customers to the Paname Brewing Company Paname Tap House in December 2021. Parisian brewery Paname was founded by four beer enthusiasts who decided there was not enough top-quality craft beer in the French capital and opened their own brewery and bar to fill the void. Today, Paname Tap House retains this vision, and offers eight unique craft beers, including an IPA, and American pale ale, an American wheat, a blond ale and a number of seasonal beers, alongside a variety of food options, such as hand-crafted burgers made from locally sourced ingredients.

In line with the brand’s commitment to sustainability, SSP has collaborated with railcar leaser Ermewa and its recycling partner SGM, to fit the bar with tables and chairs created using reclaimed wood and other elements salvaged from disused wagons. With hopes to incorporate this concept in other bars and restaurants in SSP’s portfolio moving forwards, the partnership reinforces SSP’s commitment to promoting more environmentally friendly practices.

SSP has also opened a new concept from renowned Parisian baker, Yann Couvreur Pâtisserie, a popular bakery chain owned by the brand’s eponymous French Parisian baker. The new unit will offer up a premium range of French patisserie, from a light cream filled pastry flavoured with rare blue vanilla from Réunion Island, to a lime and coconut tarte filled with almond sugar paste and fleur de sel on a crisp biscuit base. The Montparnasse shop will be the first to open in a travel location and will meet the increasing demand from travelling consumers for high-end products.

Yann Couvreur, which opened in December, is well located in the heart of the station, and has already proved popular with travellers. Plans are now in place to open a terrace outside the bakery, which will allow customers to sit outside and relax as they enjoy their pastries and coffee.

Developing its relationship with another well-established French brand, SSP opened an outlet from the healthy grab and go brand EXKi at Marseille Airport in January. Only the second EXKi in Marseille, the new opening follows SSP’s successful operation of the brand in Montparnasse and Paris Charles de Gaulle Airport.

Gérard d’Onofrio, managing director SSP France, said: “These new brand openings underscore SSP’s position as a leader in the field when it comes to bringing leading downtown high street names such as Starbucks and Burger King to the travel space. The focus on sustainability of brands such as Paname and EXKi shows we are meeting our commitment to operate responsibly in ways that are not only beneficial for our customers, but also the environments in which we operate.”