The Week In Travel - 10th September 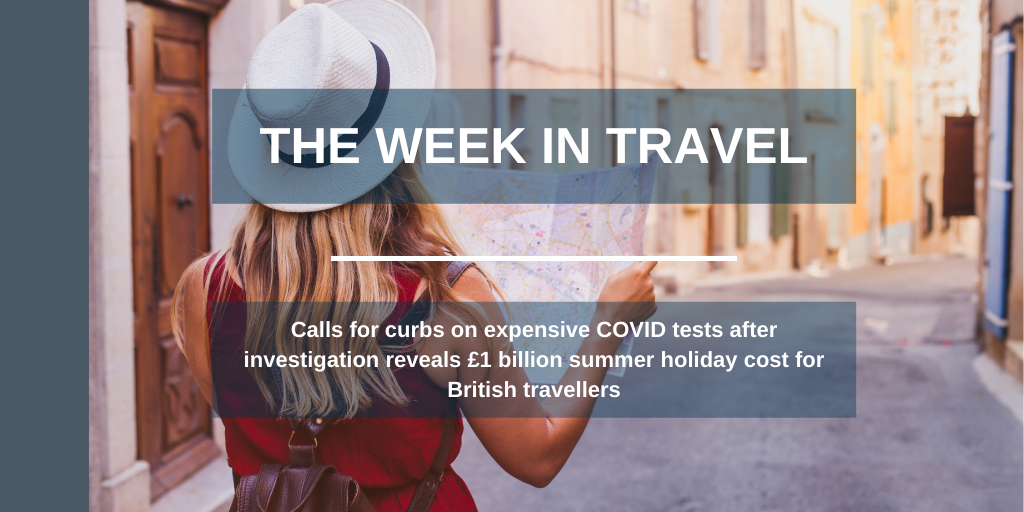 Authorities are being urged to address the high costs of COVID-19 tests, after an investigation by the Evening Standard found British holidaymakers have spent more than £1 billion on PCR tests during the summer months.

The research estimates some 11.5 million tests were taken by British families during the summer break. Combined with the average cost of £93 for a UK government-approved PCR test, this equated to a bill that could be as high as £1.1 billion.

Responding to the news, Gatwick Airport chief executive Stewart Wingate said; “The cost of PCR tests remains prohibitive for many and should be replaced by cheaper, quicker lateral flow tests.”

Across the pond, the rapid recovery of the travel market across the Americas was further highlighted this week by new figures from Grupo Aeroportuario del Sureste (ASUR). The international airport group, which operates in Mexico, Columbia and the US, reported that total passenger traffic for August 2021 reached 4.6 million passengers, just 4.3% below numbers recorded in August 2019. In further good news, Canada has announced it has reopened its borders to fully vaccinated passengers for non-essential travel, although visitors will also be required to take a pre-arrival PCR test before entering the country.

In Asia, Japan Airlines has finalised plans to raise Y300 billion ($2.73 billion) through hybrid loans and subordinated bonds, which will be used to reposition the company in the post-COVID business environment. According to Reuters, part of the proceeds will be used to introduce Airbus SE A350-1000s as the carrier’s new flagship aircraft.

And finally, Marshall Retail Group marked National Teddy Bear Day on 9th September by announcing the launch of its own aviation-themed teddy bear. The speciality airport retailer’s mascot, Miles the Bear, will be transformed into a plush toy complete with aviator jacket, googles, helmet and scarf, which will be sold in 26 of its stores across 11 airports from October.