The Week in Travel – 11th June 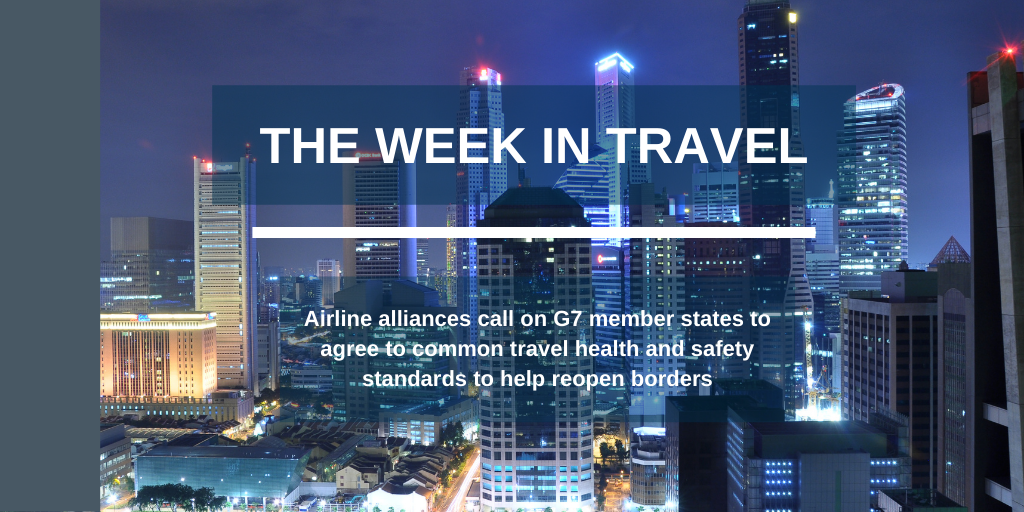 As world leaders gathered in the UK for the G7 summit this week, major airline alliances took the opportunity to call on international governments to adopt globally accepted travel health and safety standards to help reopen borders.

Star Alliance, oneworld and SkyTeam – which comprise 59 member airlines – have issued a joint statement urging G7 member states to agree to common requirements and standards for health credentials as set out by the World Health Organization and International Civil Aviation Organization. They also call for measures such as allowing fully vaccinated passengers to be exempt from quarantine and access to easy, affordable and consistent COVID-19 testing.

The news came as the US and UK announced a new ‘Atlantic Charter’ taskforce that will make recommendations on reopening travel between the two countries. While travel industry bosses have cautiously welcomed the news, they have also criticised the lack of a clear timeline for when transatlantic flights can resume. Virginia Messina of World Travel and Tourism Council (WTTC) told Travel Weekly: “Unless we have a clear timeline and unlock transatlantic travel by 4th July at the latest, we will continue to see jobs lost and business go under.”

In Asia, Singapore and Hong Kong are set to resume talks over establishing an air travel bubble between the countries. The initiative was originally planned to launch on 26th May, but was delayed due to rising COVID-19 cases in Singapore.

And finally, an Australian prankster in Sydney has admitted to painting a ‘Welcome to Perth’ sign on a building rooftop, leading panicked passengers landing at the nearby airport to believe they had flown to the wrong city.

Confused travellers took to social media after noticing the sign on their approach into Sydney Airport. Local businessman Brad Heasman later confessed to writing the message after being inspired by a similar prank painted near Milwaukee International Airport in 1978.