The Week in Travel – 11th March 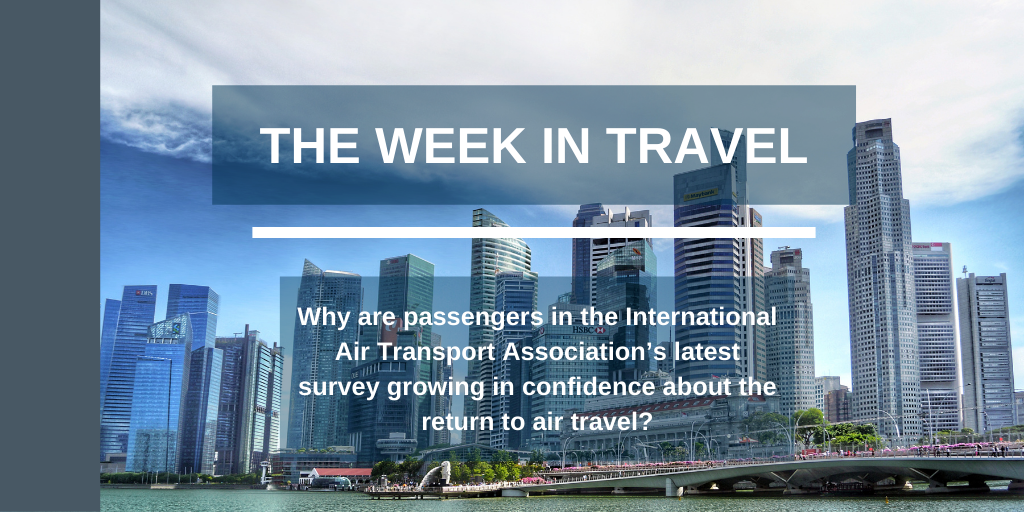 More than half of travellers expect to be travelling soon after COVID-19 has been contained, according to new figures released by the International Air Transport Association (IATA) this week.

In its latest survey, IATA revealed passengers were growing in confidence about the return to air travel, with 57% expecting to fly within two months of the pandemic coming under control – an improvement from the 49% recorded in September 2020. A further 81% of respondents believe they will be more likely to travel once they are vaccinated, while 68% agreed their quality of life has suffered with travel restrictions.

Following announcements to support the travel industry in last week’s Budget, the UK government has revealed new plan to cut air passenger duty on domestic flights to boost travel connections across the country. The news was welcomed by Airport Operators Association chief executive Karen Dee, who said the move “offers a glimmer of hope for the future”.

Popular tourist destination Greece hopes to reopen its borders to visitors on 14 May, according to the country’s tourism minister Haris Theoharis. Speaking at the IBT Berlin tourism fair, Mr Theoharis said Greece would welcome after this date anyone who had been vaccinated, had antibodies or had tested negative for coronavirus.

The Canadian Airports Council has called on the Canadian government to increase its support for the aviation sector to avoid the impact of COVID-19 becoming permanent. It projects Canada’s airports will lose an additional $1 billion in revenues as a result of new travel restrictions and extended traffic suppression.

Hong Kong-based airline Cathay Pacific Airways suffered record losses of $2.8 billion for 2020, as reported in its annual results this week. However, the carrier’s chairman Patrick Healy said while the company’s short-term outlook remains “challenging”, he was “absolutely confident in the long-term future and competitive position of our airlines”.

And finally, Malaysia Airlines is emphasising the ‘craft’ in aircraft for its latest initiative – allowing its employees to sell their own handmade products on its e-retail store. The airline has launched MHArtisans, a programme for colleagues to create, produce and sell their own handcrafted goods on its Temptations website. The range includes a collection of three dolls created by cabin crew member Wesley Anak Juntan, which are clad in traditional Iban Dayak costumes.