The Week in Travel – 12th February 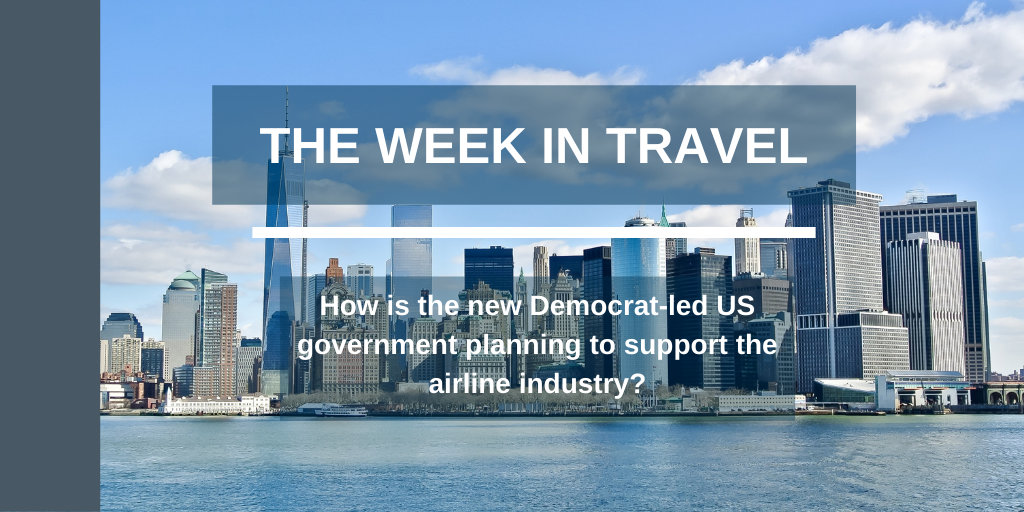 With travel operators continuing to bear a significant part of the brunt of coronavirus, the new Democrat-led US government has unveiled draft legislation for a new $15 billion COVID-19 relief package for the airline industry. The Payroll Support Program is set to offer $14 billion in aid to airlines, along with $1 billion for airline contractors. Other proposals include further transport-related aid, including $8 billion for airports.

There were further encouraging signs for the US travel sector this week. Ted Stevens Anchorage International Airport will soon begin handling connecting flights between the US, Europe and Asia Pacific. And United Airlines is planning to purchase 200 electric air taxis to fly passengers to airports, as well as investing $1.1 billion in flying taxi firm Archer.

In other news, Etihad Airways has become the world’s first airline to only operate flights with pilots and crew vaccinated against COVID-19. The carrier began a vaccination program for employees last year, and has now launched its ‘Protected Together’ scheme offering benefits such as mobile vaccination clinics for staff. Shortly after Etihad’s announcement, Singapore Airlines confirmed it had become the second airline to operate flights with fully vaccinated staff, with the group claiming that over 90% of its cabin crew and pilots had signed up for the vaccine.

And finally, the global pandemic has led to a rise in people taking holidays in virtual reality, according to the Guardian. The paper claims pent-up demand for travel has led to a growth in digital travellers taking trips with the use of VR headsets and apps. Popular experiences include National Geographic VR and Wander, which takes users to far-flung places such as Antarctica and the gardens of the Taj Mahal.