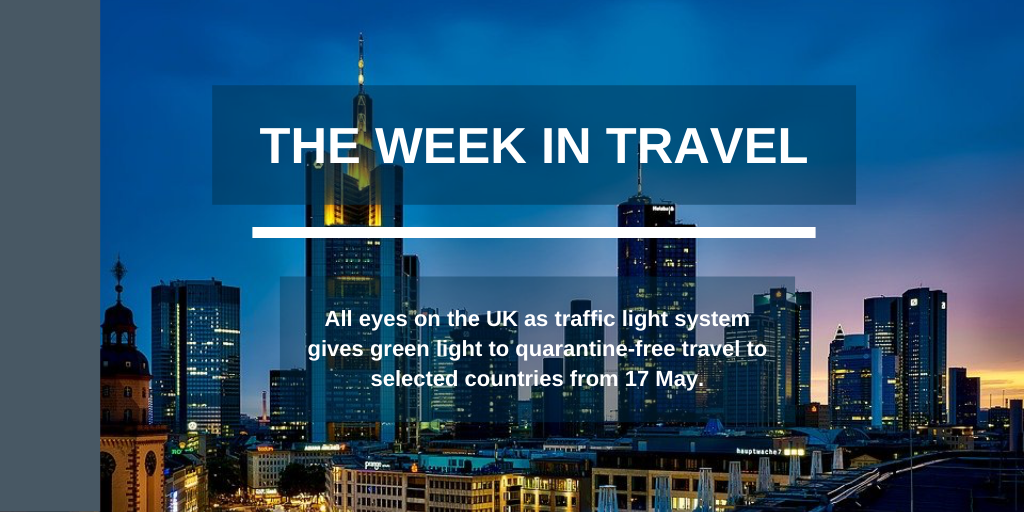 All eyes in the travel and tourism industry will be trained on the UK next week, where international travel is set to resume from 17th May under the new traffic light system.

The UK government revealed its ‘green list’ of countries where residents can safely visit without the need to quarantine on their return, which included destinations such as Portugal, Singapore, Iceland and Gibraltar. Travellers will still be required to take a pre-departure test up to 72 hours before their return travel, as well as a single PCR test on or before day two of arrival into England. Scotland announced it would also allow quarantine-free travel from green light countries, with Wales and Northern Ireland expected to follow suit shortly.

In Spain, tourism minister Reyes Maroto this week said British tourists could begin travelling to the country from 20th May, provided it is on the UK’s green list. Maroto added Spain would be ready to accept proposed COVID certificates to facilitate travel for EU citizens by June.

Meanwhile, major US and UK airlines have called for a summit between the two governments to fast track the reopening of transatlantic travel. A letter to transport chiefs, signed by CEOs of British Airways, Virgin Atlantic, Delta Air Lines, American Airlines, United Airlines and JetBlue Airways, said the airline industry will need “adequate lead time to establish a plan for restarting air services”.

Following the launch of its travel bubble with Australia, New Zealand prime minister Jacinda Ardern announced her country will look to establish similar quarantine-free routes with neighbouring islands and nations. She said: “Niue is the natural next addition. Beyond that we are relatively open-minded, and I do anticipate there will be other countries we can explore opportunities with.”

And finally, Turkish Airlines’ famous Flying Chefs are returning to the skies once more to serve restaurant-quality dishes to hungry passengers. The team of gourmet experts will prepare mouth-watering in-flight meals such as Turkish-style meatballs with sautéed zucchini, red pepper and bulgur pilaf, and ‘manti’, a homemade Turkish ravioli with minced beef, tomato sauce and yoghurt.