The Week in Travel – 16th April 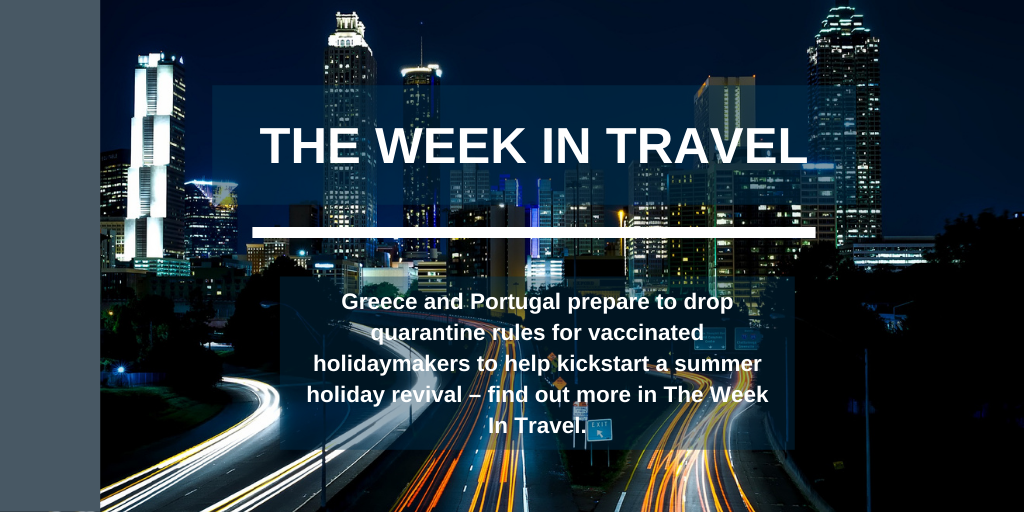 A number of popular European holiday destinations this week announced their intention to welcome back tourists this summer without the need for quarantines.

Greece’s tourism ministry said it is taking “baby steps” to open up the country to international visitors from 14 May. Its plans include dropping quarantine rules for travellers from more than 30 nations, provided they have been vaccinated or tested negative for COVID. At the same time, Portugal tourism minister Rita Marques told an online conference that her country would try “at all costs to avoid quarantines and additional COVID-19 tests” as it prepares to ease restrictions for summer holidaymakers.

Tourism and travel businesses were also buoyed by news of strong demand for holiday bookings for 2022. Data from Jet2holidays showed more people have booked summer holidays more than 12 months in advance compared to the same time in previous years, with Greece, Cyprus and Turkey among the most popular destinations.

Elsewhere, Heathrow chief solutions officer Chris Garton has raised concerns over extensive COVID checks at the airport, which are leaving some travellers to face waits of up to six hours. Garton told UK MPs that the situation was becoming “untenable”, and said queues would become a “much bigger” problem with the relaxation of rules on foreign travel unless the current system was changed.

In the Netherlands, Eindhoven Airport, Rotterdam The Hague Airport and Groningen Airport Eelde have joined forces with the Royal Schiphol Group and Royal Netherlands Aerospace Centre to test the potential of electric flying. The ‘Power Up’ initiative will research the feasibility of handling electric flights, with the first electric passenger flights expected to be operated in the Netherlands within five years.

Following last week’s news of quarantine-free travel between Australia and New Zealand, Melbourne Airport has announced the completion of an $85m refurbishment of its International Arrivals Hall as it prepares to welcome future international passengers. The investment has created a more spacious area for travellers, with the upgraded arrivals hall also making it easier for people to connect to onward domestic flights.

And finally, All Nippon Airways (ANA) is doing its part to become more environmentally friendly by introducing plastic-free meal trays aboard its flights. The new trays are made from a biodegradable material called bagasse, created from pressed sugarcane, and will launch in August. ANA said the changes will help it reduce the amount of disposable plastic used for its inflight services by around 30%.