The Week in Travel – 16th October 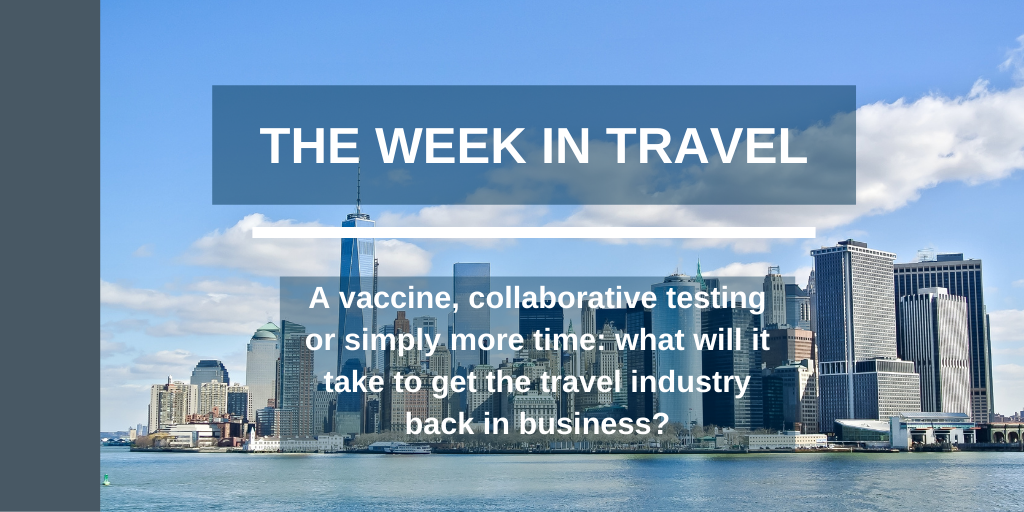 The full impact of coronavirus on the travel industry was explored this week by Airports Council International (ACI), with its latest Airport Traffic Report revealing the detail on the sharp decline in air passenger numbers this year.

ACI claimed worldwide passenger numbers fell by -58.4% in the first half of 2020 compared to the same period in 2019, with overall aircraft movements declining by -41.6%. Despite this, ACI World Director General Luis Felipe de Oliveira said he was positive about the future of travel, but reiterated the need for “consistency and collaboration across the globe on key issues like testing” and co-ordination between governments to safeguard industry jobs and build public confidence.

Key travel figureheads also warned this week that it may take at least two years for air travel to fully recover from the effects of COVID-19. Delta Airlines Chief Executive Edward Bastian said he expects corporate travel to return to a “sustained level of demand” by 2021. Meanwhile, Singapore Transport Minister Ong Ye Kung told Bloomberg Television that he expects it will take a minimum of “a couple of years” and a widely available vaccine to convince mass numbers to travel again.

There was, however, brighter travel news emerging from Asia. Hong Kong’s Airport Authority has agreed to extend its relief package for the airport community – which includes a waiver or reduction of various fees – until the end of December 2020. Hong Kong and Singapore have also agreed to create a two-way air travel bubble, opening the door for the resumption of leisure trips between the two countries without the need to quarantine. And in South Korea, airline Korean Air is understood to be considering adding inflight duty free services to its new ‘flights to nowhere’, giving further incentive for travellers to use the service.

Looking further west, CNN reports a pilot programme to open up travel between New York City and London is underway, with plans to introduce testing of passengers travelling between the two cities to bring down quarantine times. Popular holiday destination Hawaii has also started its own COVID-19 testing in a bid to boost tourism, allowing visitors to bypass quarantine if they provide a negative coronavirus test result 72 hours in advance of their flight.

While the pandemic may have caused a temporary slowdown in global travel, a newly- developed passenger jet is promising to get future air passengers to their destination at faster-than-light speeds. Launched this month, the XB-1 test plane developed by Boom Supersonic is the first civilian supersonic aircraft to be developed since 1968, according to the BBC. It will provide the blueprint for the design of Boom Supersonic’s proposed Overture plane, which it claims will carry up to 88 passengers across oceanic routes at Mach 2.2 speed.