The Week In Travel - 17th September 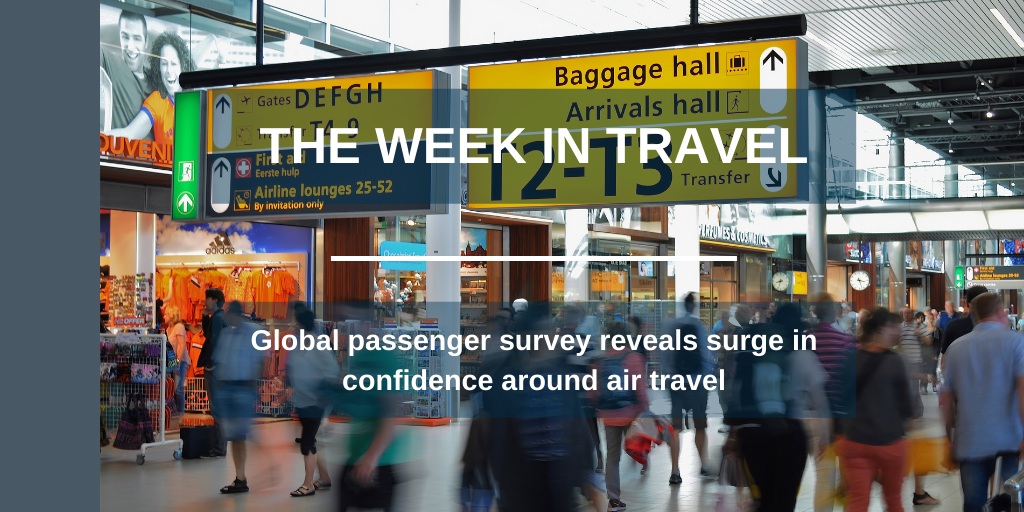 A new global survey of passengers has revealed a surge in confidence around air travel, with 60% of respondents claiming they feel happy to fly by the end of the year. The results from Inmarsat’s Passenger Confidence Tracker 2021 are an improvement on last year’s survey, where only 47% of passengers felt confident about flying. However, the vast majority of travellers (84%) felt their travel habits will likely change post-pandemic.

A Reuters report claims the White House is developing a “new system for international travel” – including contact tracing – that would allow for the return of foreign visitors to the US. The US government’s coronavirus response co-ordinator, Jeff Zients, said it was also considering “vaccination requirements for foreign nationals travelling to the United States”, but added there are no immediate plans to lift travel restrictions due to ongoing concerns over the COVID-19 Delta variant.

Staying in the US, year-on-year passenger volumes at Ontario International Airport grew by an impressive 138% in August. More than 467,000 travellers passed through the airport during the month, which was just shy (93%) of hitting full pre-COVID passenger volumes recorded in August 2019.

Meanwhile, British Airways has carried out its first flight using sustainable aviation fuel (SAF). The carrier’s A320neo aircraft travelled from London to Glasgow using a combination of 35% SAF and 65% normal jet fuel. Carried out in partnership with NATS, Glasgow Airport, Heathrow, BP and Airbus, British Airways said the aim of the trial was to highlight “how far the aviation industry has progressed in its efforts to decarbonise over the last decade”.

And finally, passengers can now experience the feeling of being on an airline from the comfort of their living room, thanks to Emirates’ new virtual reality app. The technology will enable users to digitally explore economy, business and first class cabins of the airline’s A380 and B777 aircraft, as well as the on board lounges and shower spa.