The Week in Travel – 18th March 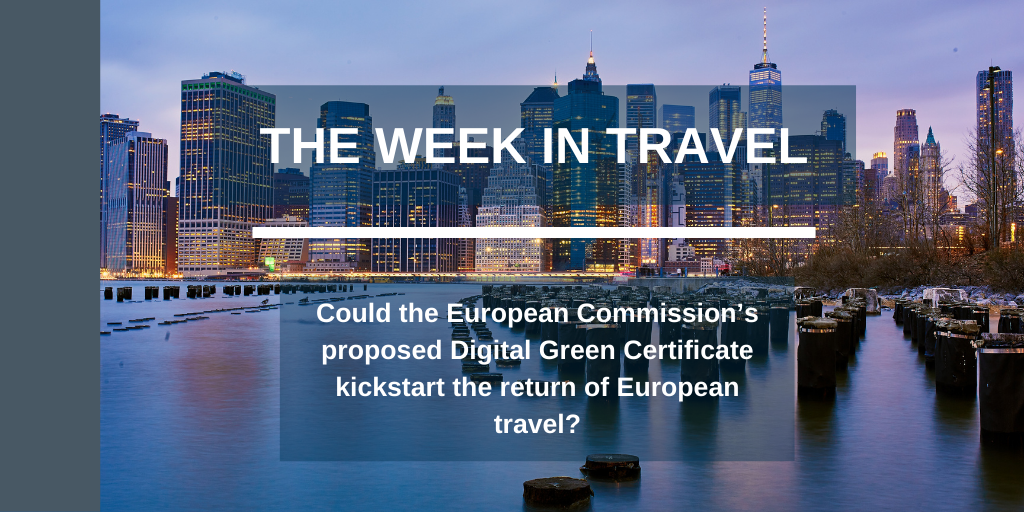 The travel industry received a major boost this week with the European Commission’s proposal to create digital certificates, which would allow around 450 million Europeans to travel freely within the EU bloc by this summer.

The Digital Green Certificate will provide assurances that a person has been vaccinated against COVID-19, or has received a negative test or recovered from the virus. It will be available free of charge in digital and paper formats, and will include QR codes to ensure security and authenticity of each certificate.

A statement from the commission said: “Being vaccinated will not be a precondition to travel. All EU citizens have a fundamental right to free movement in the EU and this applies regardless of whether they are vaccinated or not. The Digital Green Certificate will make it easier to exercise that right, also through testing and recovery certificates.”

In further vaccine passport news, British Airways announced plans to launch its own digital travel pass, allowing passengers who have received jabs to register their status on the airline’s smartphone app. Australia and Singapore are also understood to be in talks to create a new digital vaccine passport system, which could lead to the launch of a two-way travel bubble by the middle of the year.

Elsewhere, the UK government’s Jet Zero Council has launched a £15 million competition to gain new ideas on how to reduce aviation emissions with fuel made from household waste. The Green Fuel, Green Skies initiative will support UK companies in developing new technologies that will convert household rubbish, waste wood and excess electricity into sustainable aviation fuel.

And finally, a US airline has reunited a toddler with his beloved Buzz Lightyear figure after it was left behind on a cross-country flight. Upon finding the lost toy, Southwest Airlines staff noticed the name ‘Hagen’ written on the doll’s foot. After checking this against airline seat bookings, they discovered it belonged to two-year old Hagen Davis, who had been travelling with his family from California to Texas. The youngster was delighted when he received a package from Southwest Airlines ramp agent Jason Hamm, which contained the Toy Story hero and several pictures of the figure posing in various aircraft and airports.