The Week in Travel – 1st October 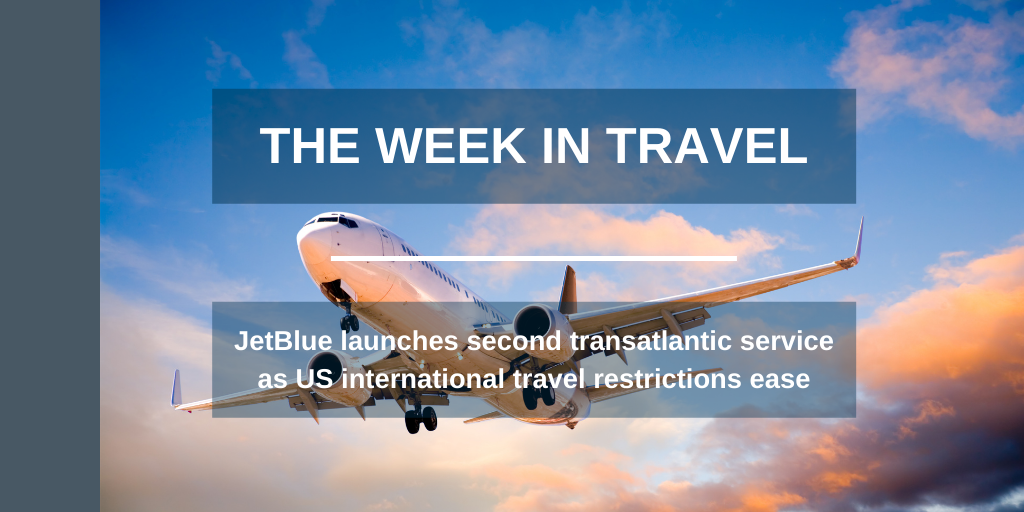 The news means JetBlue is currently the only carrier offering non-stop flights between the US and Gatwick. The new service follows on from JetBlue launching flights between New York and Heathrow Airport in August.

Also in the US, a new leisure airline will launch this month offering affordable flights to eight cities from Reno-Tahoe International Airport. Aha! Airlines – a play on ‘air, hotel, adventure’ – has been unveiled by ExpressJet Airlines, which has been revived after previously ceasing operations in September 2020.

The decision by the Japanese government to end the country’s state of emergency is a “positive move” towards welcoming back international visitors, according to travel specialists InsideJapan. Speaking to TTG Media, InsideJapan’s Matt Spiller said demand among tourists remains high, adding that “thousands” of people have already rebooked trips to Japan for 2022 through the company.

Meanwhile, Swissport has partnered with baggage management specialist AirPortr to allow passengers to process their luggage away from the airport. The service will enable travellers to pre-book an at-home baggage collection slot ahead of their flight. A courier will digitally verify ID and travel documents on the doorstep, with baggage then being securely delivered to the airport.

And finally, it was a slow news day at Japan’s Narita International Airport after a turtle ambled onto the runway, causing a 15-minute delay to five flights. According to The Guardian, one of the planes affected included an All-Nippon Airways Airbus A380 – whose fuselage is decorated with images of sea turtles to celebrate the carrier’s service to Hawaii, where the animals are considered sacred.