The Week In Travel - 20th August 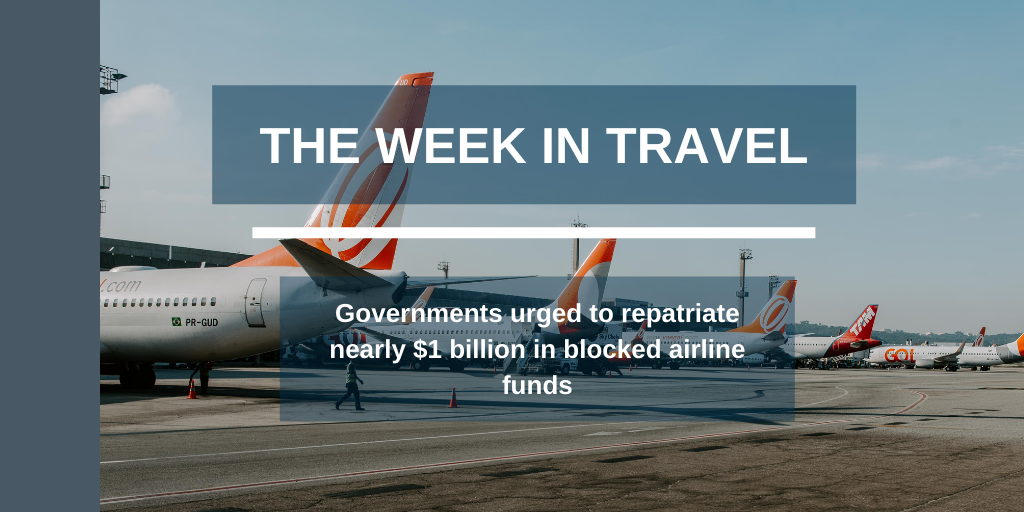 National governments have been urged to abide by international agreements and enable airlines to repatriate nearly $1 billion in blocked funds from the sale of tickets, cargo space and other activities.

IATA Director General Willie Walsh said the repatriation of funds would “enable aviation to provide the connectivity needed to sustain jobs and energise economies as they recover from COVID-19”.

In other news, the long-promised Hong Kong/Singapore travel bubble has now been scrapped. The initiative has faced ongoing delays due to spikes in COVID-19 cases in both countries, with governments of both this week releasing statements announcing they are abandoning their original plan. However, Singapore announced it will lift border restrictions for vaccinated visitors from Hong Kong, Macau, Brunei and Germany.

As the UK continues to re-open travel routes under its traffic light system, British Airways has announced the resumption of flights to key travel destinations this week. The carrier is now operating daily flights between London and Dubai for the first time since January, and has also increased its number of weekly flights from India to the UK from 10 to 20.

And finally, a small, regional New Zealand airport whose architecture is inspired by a Māori love story has been nominated for a prestigious design award. Te Hono – New Plymouth Airport has been announced as a finalist for the coveted UNESCO Prix Versailles, which recognises works that honour cultural heritage. Te Hono was shortlisted for its unique terminal design, which is based on a story from the local Puketapu hapū (subtribe) about a celestial being meeting a terrestrial being.