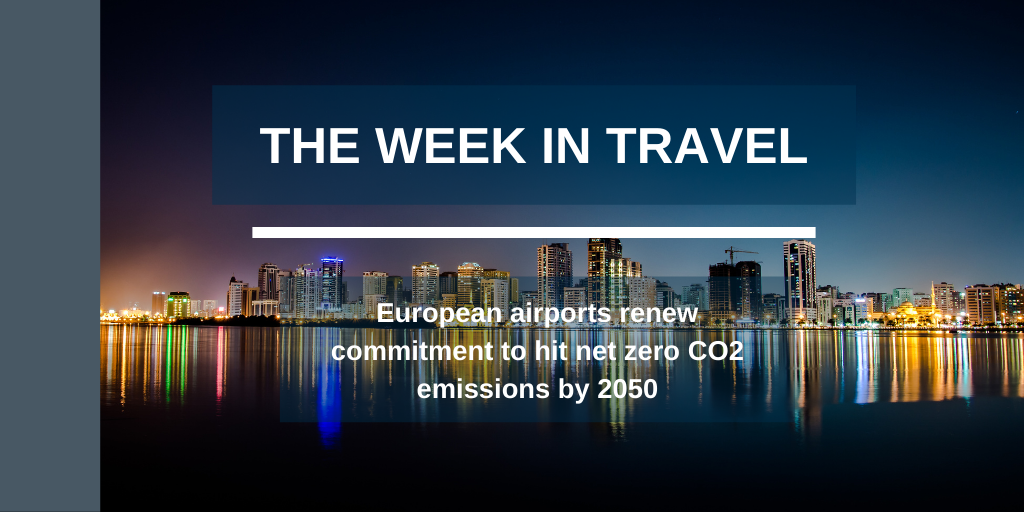 In a week that’s been dominated by news of shifting travel restrictions across the globe, airports across Europe also renewed their commitment to minimising their impact on the environment, under plans to achieve net zero CO2 emissions across the continent by 2050.

A total of 235 airports across 29 countries have now backed an industry-wide Net Zero initiative, which aims to eliminate 3.14 million tons of annual CO2 emissions from the aviation sector. Of this group, 91 airports run by 16 operators are set to hit net zero targets by as early as 2030.

Responding to the news, ACI Europe Director General Olivier Jankovec said: “While COVID-19 is an unprecedented shock from which we still must recover, it has only reinforced our resolve to play our part in the transition towards carbon-free European economies.”

Elsewhere, the long-term impact of COVID is still being felt across the travel sector. Australian airline Qantas this week announced a raft of cost-cutting measures to offset an annual loss before tax of more than A$2bn (£1.1bn). However, airport group Finavia said it is taking advantage of “lower traffic volumes caused by the pandemic” to undertake a €7m renovation of the air traffic area at Helsinki Airport, which is due to be completed by the end of this summer.

In the US, new lost-cost airline Breeze Airways is set to operate its first flights from 27th May, offering passengers basic economy fares starting from $39 one way. The carrier will offer flights on 39 domestic routes from four airports – Tampa International, Charleston International, Louis Armstrong New Orleans International and Norfolk International.

And finally, popular Australian holiday destination Queensland is offering domestic travellers a dream opportunity – the chance to be paid to work at the state’s many idyllic tourist hotspots. With borders reopening across the country, Australians will now have the chance to earn A$1,500 (£823) by taking on tourism sector jobs in Queensland, including tour guiding around the Great Barrier Reef.