The Week in Travel – 22nd October 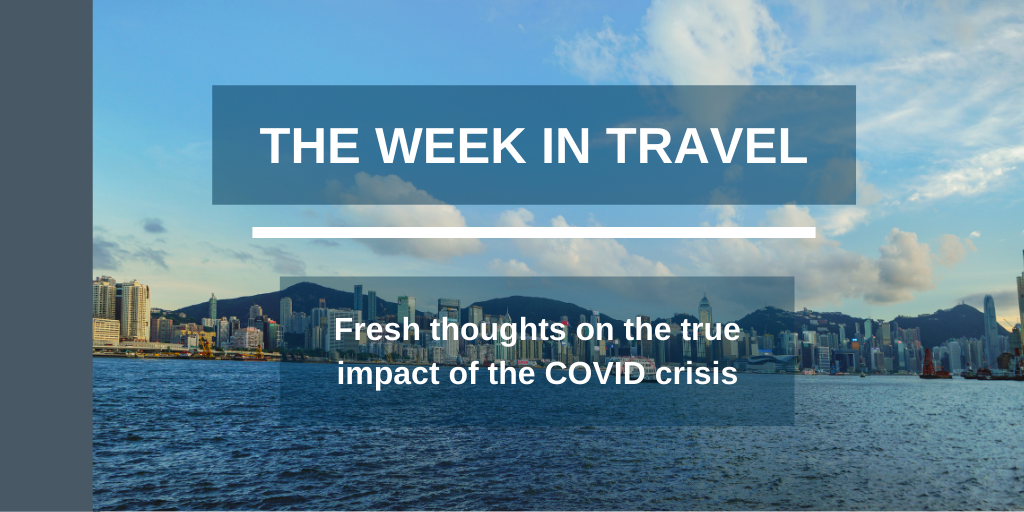 New data from market analysts Oxford Economics has painted a clearer picture of the true impact of coronavirus on the global travel industry.

In a webinar on Tuesday, it maintained its forecast that air travel will return to pre-COVID 19 levels by 2023. It added that global flight numbers had been slowly rising but had flattened in the third quarter of the year, with fresh coronavirus outbreaks and additional quarantine measures dissuading passengers from flying.

However, operators can take comfort that passengers’ willingness to travel is returning at a rapid pace. Dave Goodger, Director of Tourism Economics, EMEA at Oxford Economics, said passenger confidence has “stabilised” in the past few months, with a new survey revealing half of travellers now expect to travel by air within three months of the pandemic subsiding. Mr Goodger added that the rise in the emerging middle classes, particularly across the Asia Pacific region, would present “significant” long-term growth opportunities.

In other news, the World Travel & Tourism Council (WTTC) claimed more than 20 million travel jobs could be saved with the rollout of widespread COVID-19 testing at European airports. This included 1.9 million jobs in the UK, where authorities have launched the nation’s first pre-departure coronavirus testing facility at Heathrow Airport, aiming to give travellers accurate test results in less than an hour.

There were mixed fortunes for airlines this week. Cathay Pacific Group announced it was cutting 8,500 jobs and shutting down its regional airline service, Cathay Dragon, as it looks to recover from the “devastating impact” of the pandemic. However, UK regional carrier Flybe – an early casualty of COVID-19 – is set to resume flights from as early as next year after former company shareholder, Thyme Opco, agreed to buy its remaining assets. US airlines had even more to celebrate after more than one million passengers were screened at North American airports on Sunday 18th October – the largest number of travellers recorded in a single day since March.

And finally, the world’s longest passenger flight is set to get even longer – if only slightly. CNN reports that Singapore Airlines is resuming its Singapore to New York flights on 9th November, a journey that lasts 18 hours and covers a staggering 9,534 miles. However, the landing will now switch from Newark Liberty International Airport to John F. Kennedy International Airport, bringing the total mileage up to 9.536.5 miles.