The Week In Travel - 24th September 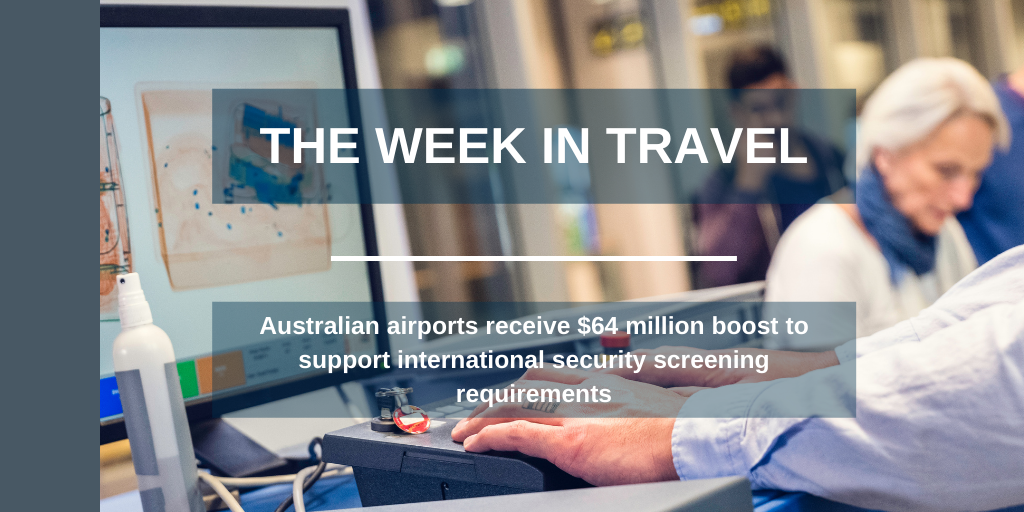 As the Australian government announced plans to reopen its international borders by Christmas at the latest, Australia’s travel sector this week received a further boost with the launch of the new International Airport Security Charges Rebate. The initiative will see Australia’s major airports receive a $64 million investment to help meet the costs associated with international security screening requirements.

Meanwhile, International Air Transport Association (IATA) Director General Willie Walsh welcomed news of the US opening its borders to fully vaccinated visitors from the UK and EU from November, hailing it as a “major step forward”. Walsh added; “It’s good for the millions of livelihoods in the US that depend on global tourism. And it will boost the economic recovery by enabling some key business travel markets.”

Elsewhere, the Oneworld Alliance has become the first global airline alliance to commit to net zero emissions by 2050. The alliance members – which include Qantas, British Airways and Cathay Pacific Airways – will also support the World Economic Forum Clean Skies for Tomorrow Coalition’s ambition for 10% sustainable aviation fuel usage by 2030.

New data from travel market analysts ForwardKeys shows strong passenger demand for the recently opened Vaccinated Travel Lane between Singapore and Germany. Air tickets issued between 19th August and 3rd September for travel from Singapore to Germany reached 93% of 2019 levels – although tickets sold from Germany to Singapore in the same period only reached 18% of pre-pandemic figures.

And finally, delighted staff at South African Airways (SAA) broke into song and dance after the airline returned to the skies for the first in a year. The state-owned carrier had ceased operations last September due to the challenges of the pandemic, but resumed domestic flights this week. The news prompted jubilant celebrations from SAA staff at O.R. Tambo International Airport, South Africa’s biggest airport.