The Week in Travel – 25th February 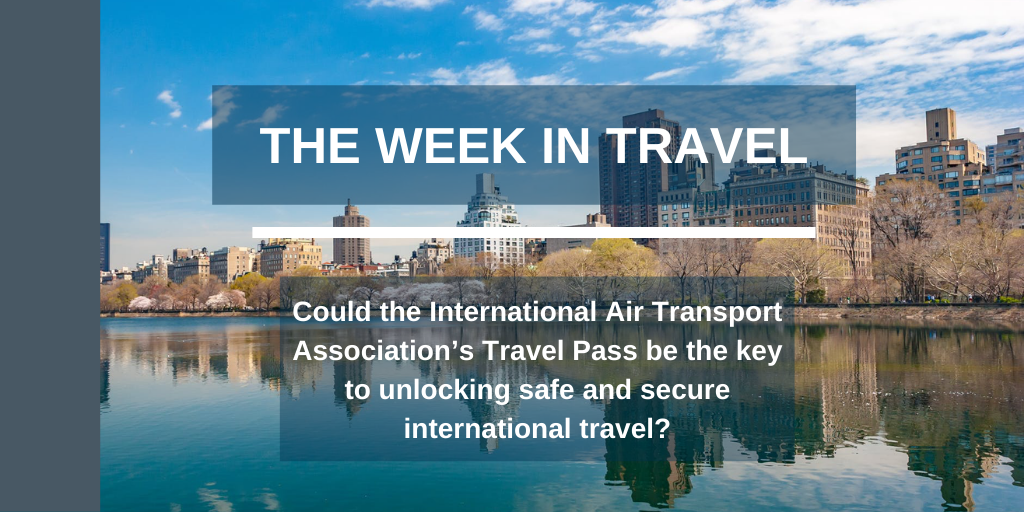 In a busy week for travel news, the International Air Transport Association (IATA) ramped up excitement for its digital Travel Pass by announcing the technology will be ready to use “within weeks”.

IATA claimed its Travel Pass – an app that allows users to securely store and share COVID-19 test results and vaccination information – will be essential for reopening international air travel in a safe and secure manner. In addition, two further airlines – Air New Zealand and RwandAir – announced they would be trialling Travel Pass, joining a growing list of carriers including Singapore Airlines, Etihad Airways and Emirates.

However, IATA also warned airlines face burning through as much as $95 billion more cash this year as a result of COVID-19. The organisation had originally predicted a cash burn of $48 billion for 2021, but has revised its forecast following the implementation of tougher global travel restrictions.

Announcements from the UK government painted a brighter picture for future travel prospects. Under new plans, foreign travel will be permitted from 17 May at the earliest, subject to strict criteria being met. The news prompted a surge in holiday bookings, with TUI and Thomas Cook reporting strong interest in trips to Greece, Spain, Cyprus and other popular destinations. EasyJet also recorded a 337% rise in flight bookings and a 630% jump in holiday bookings to locations such as Malaga, Alicante and Crete.

Elsewhere, US plane manufacturer Boeing has recommended grounding a number of its 777-model aircraft, after dramatic footage emerged of a Boeing 777 plane engine catching fire mid-flight. Flight 328 was forced to make an emergency landing when its right-hand engine failed, with all 231 passengers and crew returned to Denver International Airport uninjured.

In Asia Pacific, Taiwan will reopen its borders to business travellers from low and medium-risk countries – including Singapore, Australia and New Zealand – from 1 March. Australian airline Qantas also announced it will push back the resumption of its international flights by four months to 31 October, when it expects Australia’s vaccine rollout will be effectively completed.

And finally, US-based airline JetBlue Airways is planning to welcome passengers back in style with its new A321neo planes, which will feature one of the biggest beds in the sky. Business class flyers travelling from Boston and New York to London will be able to take advantage of JetBlue’s new Mint Studio concept, a premium space that includes bespoke seats and sofas that convert into the largest lie-flat bed on any US carrier.