The Week in Travel – 25th March 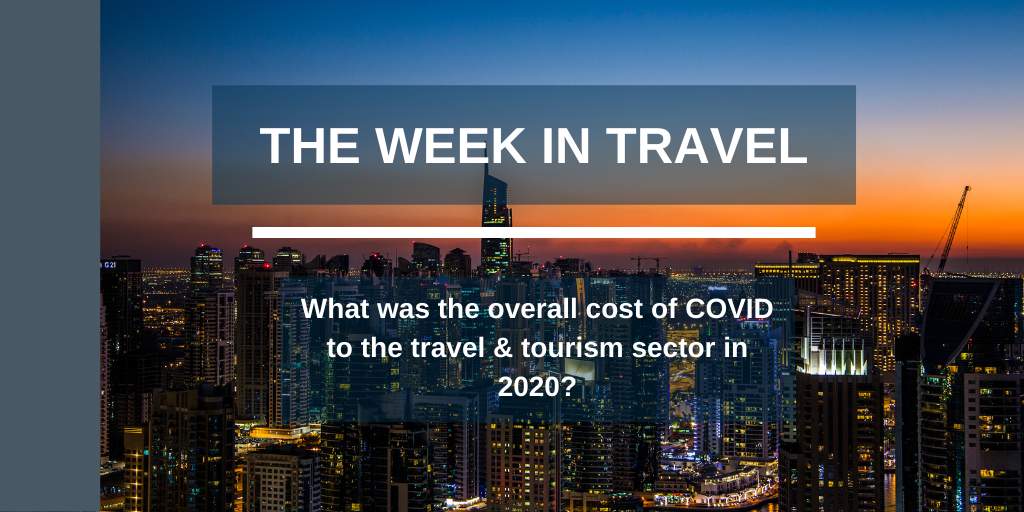 The devastating impact of the COVID pandemic on the travel industry was laid bare by the World Travel & Tourism Council (WTTC) this week. WTTC’s annual Economic Impact Report showed the travel & tourism sector suffered huge losses of US$4.5 trillion in 2020, with its contribution to GDP dropping by 49.1%.

WTTC president and CEO Gloria Guevara said: “With the sector’s contribution to GDP plunging by almost half, it’s more important than ever that travel & tourism is given the support needed so it can help power the economic recovery, which will be instrumental in enabling the world to revive from the effects of the pandemic.”

In other news, the Swedish government announced its intention to introduce take-off and landing charges for airlines with high-polluting aircraft. The move is designed to encourage airlines to switch to more energy-efficient planes with lower carbon emissions, and increase the use of bio-fuels to power aircraft.

The aviation industry in Hong Kong received welcome news from Airport Authority Hong Kong, which announced an extension to its relief package for the airport community for an additional two months to the end of May 2021. The package includes a range of measures including a full waiver of parking charges for idle aircraft, fees reduction for ramp handling, and concessions on fees for aviation support services.

Dubai International Airport has become the world’s first ‘smart reading’ airport after partnering with digital newsstand Magzter. The deal will enable passengers to access Magzter’s collection of more than 7,000 magazines, newspapers, comics and other publications on their digital devices using geofencing satellite technology.

And finally, Japan’s largest airline ANA revealed sales of its economy inflight meals have reached US$1.8 million following its decision to start selling these online to grounded passengers. Demand for the meals – which have been sold on ANA’s website since last December – is continuing to increase, with favourite items such as beef sukiyaki and hamburger steak with demi-glace sauce selling out within five minutes of being replenished.