The Week In Travel - 27th August 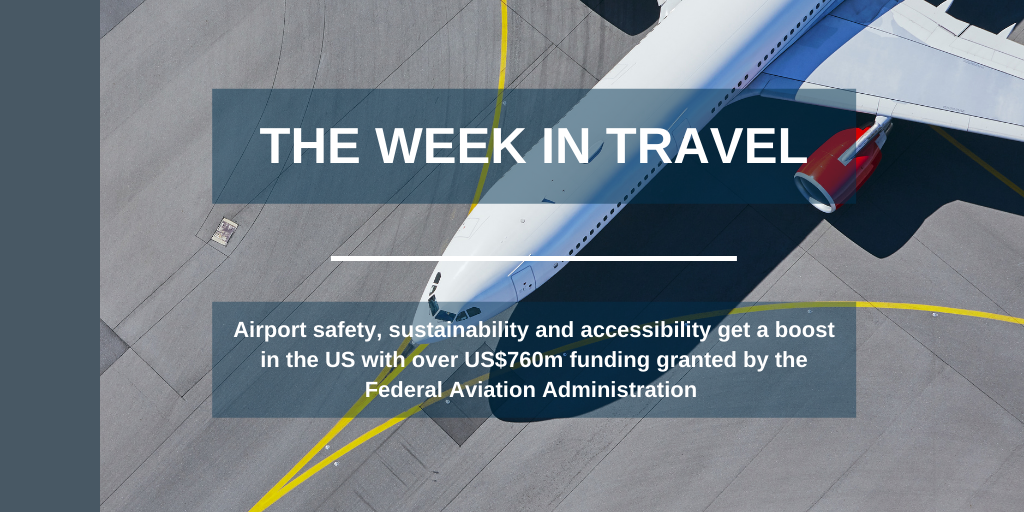 This week’s travel news kicks off with reports of a boost for US airports, which have been awarded more than US$766 million in government grants to improve safety, sustainability and accessibility. The funding from the U.S. Department of Transportation’s Federal Aviation Administration has been granted to 279 airports across 44 states.

In neighbouring Canada, Toronto Pearson International Airport has updated its digital capabilities with a new e-commerce platform, The Shops at Pearson, the first online retail store of its kind to feature at a Canadian airport. The initiative will initially allow shoppers to purchase beauty and fashion goods from travel retail stores for home delivery in Ontario, before being rolled out to additional duty free categories.

Across the pond in Europe, Helsinki Airport has begun its countdown to the unveiling of its new Terminal 2. The first phase of development will see the entrance, arrivals hall and multimodal travel centre all open from 1st December 2021, with the remaining two phases due to be completed by the summer of 2023.

Meanwhile, Qantas is offering incentives such as Qantas points and flight discounts to fully vaccinated frequent flyers based in Australia. Qantas Group CEO Alan Joyce said the scheme would “recognise those who have made the effort to protect themselves and the community”. Qantas also announced that all its frontline employees will be required to be fully vaccinated against COVID-19 by 15 November 2021, with all remaining staff needing to receive the jab by 31 March 2022.

And finally, airport robots may be the next big innovation in travel, according to a new report from analysts Market Research Future (MRFR). Airport robots have already been introduced at several international airports, such as NESA Robotics’ UVD Robot being used to disinfect areas at Heathrow Airport. However, MRFR predicts their presence will steadily grow from now to 2027 to perform additional cleaning and security tasks and provide entertainment and information to passengers.