The Week in Travel – 29th October 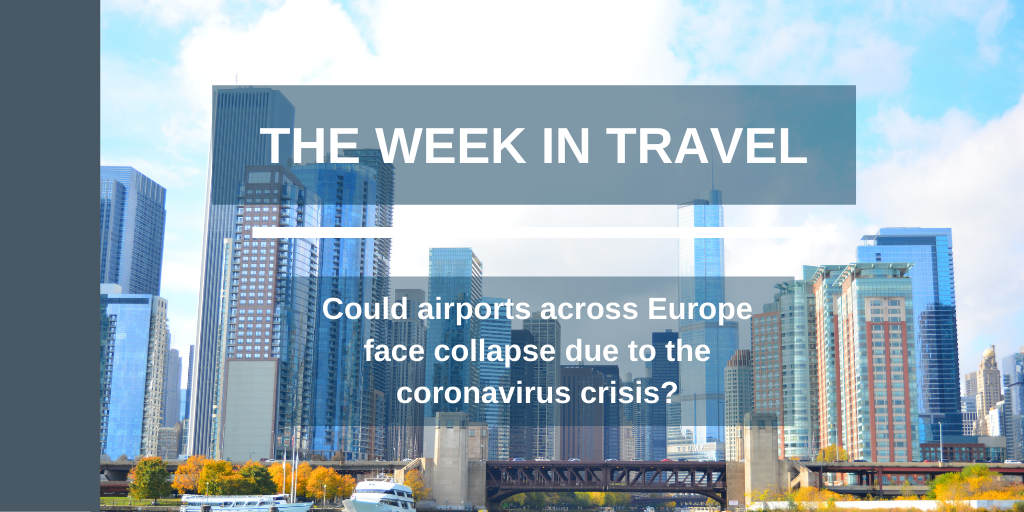 Airports Council International Europe (ACI Europe) this week gave a stark warning over the future of air travel, claiming that nearly 200 airports across Europe face collapse due to the coronavirus crisis.

ACI Europe director general Olivier Jankovec said an estimated 193 out of the total 740 commercial airports in Europe would be on the brink of insolvency “in the coming months”, and renewed calls for governments to adopt airport testing in favour of quarantines to encourage air travel while also ensuring the safety of passengers.

Also this week, lower passenger numbers led to London Heathrow losing its title as Europe’s busiest airport, with the honour now belonging to Paris Charles de Gaulle Airport. In a statement, London Heathrow blamed the decline on the second wave of COVID-19 and the UK government’s slow progress in introducing mass testing. However, the Sofitel hotel at London Heathrow is taking the initiative by launching its new ‘test and rest’ package this week – offering guests their own coronavirus test during their stay.

Meanwhile, Australia Prime Minister Scott Morrison said he is looking to establish new travel bubbles with countries across Asia, including Japan, Singapore and South Korea. The announcement was made despite Australia’s first travel bubble – allowing travellers from New Zealand to visit New South Wales without the need to quarantine – being criticised after several passengers flew to other regions outside the bubble this month.

The steady return of domestic travel in Asia was further highlighted with the announcement of a new airline brand from All Nippon Airways Group (ANA). The Japanese group said the unnamed carrier will fit between its premium and budget airlines, offering “medium distance” international routes in “Asian growth markets”.

On the lighter side of the news, Kazakhstan has turned to an unlikely source to attract tourists – Borat. The fictional Kazakh reporter, created by comedian Sacha Baron Cohen, has inspired the Kazakhstan tourism board’s latest campaign, which features Borat’s signature “Very nice!” catchphrase. The move coincides with the release of Borat’s second movie this month – and marks a huge departure from the reception of his first movie in 2006, which was banned in Kazakhstan.