The Week in Travel – 30th July 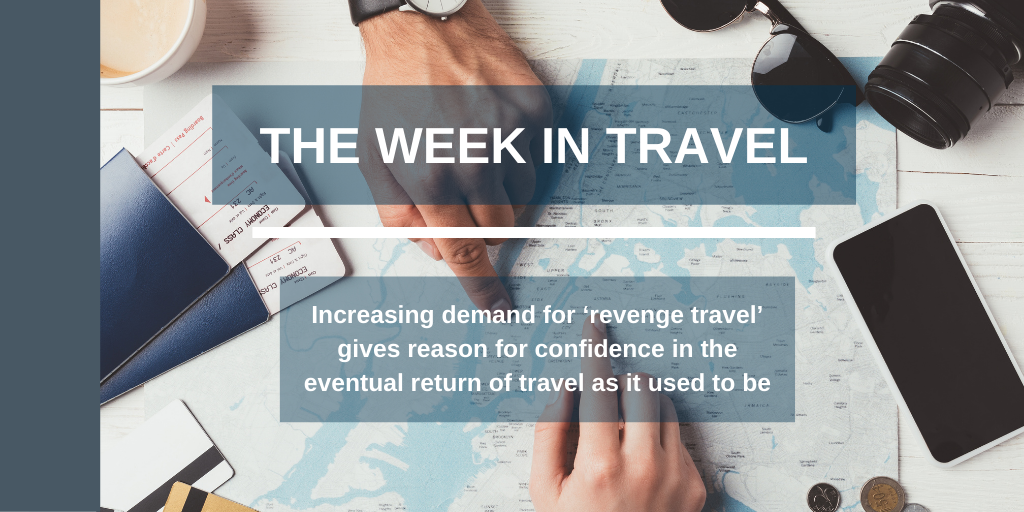 The headlines this week would suggest that the recovery of the travel industry is going to be an uphill climb. But increasing demand for ‘revenge travel’ from consumers who have been locked in their homes for the last 16 months gives reason for confidence in the eventual return of travel as it used to be.

British Airways owner International Airlines Group (IAG) predicts it will take until at least 2023 for passenger demand to reach pre-pandemic levels. However, positive growth is already being reported in some areas of the world, with American Express US travel bookings through Amex Travel in May 2021 at 95% of what they were the during same month in 2019.

Moreover, the Amex Trendex study found 80% of US respondents were feeling “hopeful”, “happy” or “excited” at the prospect of returning to in-person experiences such as travel, and 60% said they plan to take a vacation in August before returning to the office.

In the UK, two in five people are desperate to travel overseas again and value travel as more important than they did before the pandemic according to new research from Heathrow Airport, with Spain revealed as the most popular destination this year.

Nearly half of the Britons surveyed said they are feeling optimistic about the future of travel, and 37% feel safe going abroad due to COVID vaccinations. Unsurprisingly, the most popular trips are those with a focus on being outside and in nature, such as beach holidays, wilderness trips and adventure holidays.

The ways in which consumers want to travel are changing too. Nearly two thirds of Britons have felt the negative impacts of staying at home on their mental health, while 63% of US respondents in the Amex study said they want to be more intentional with their paid holiday.

So where are the best places to holiday as we emerge from restrictions and lockdowns? Canada, New Zealand and Australia are ranked among the safest places to venture to for a getaway according to Travel Pulse – and are likely to be on many bucket lists for travellers as soon as they’re able to travel.