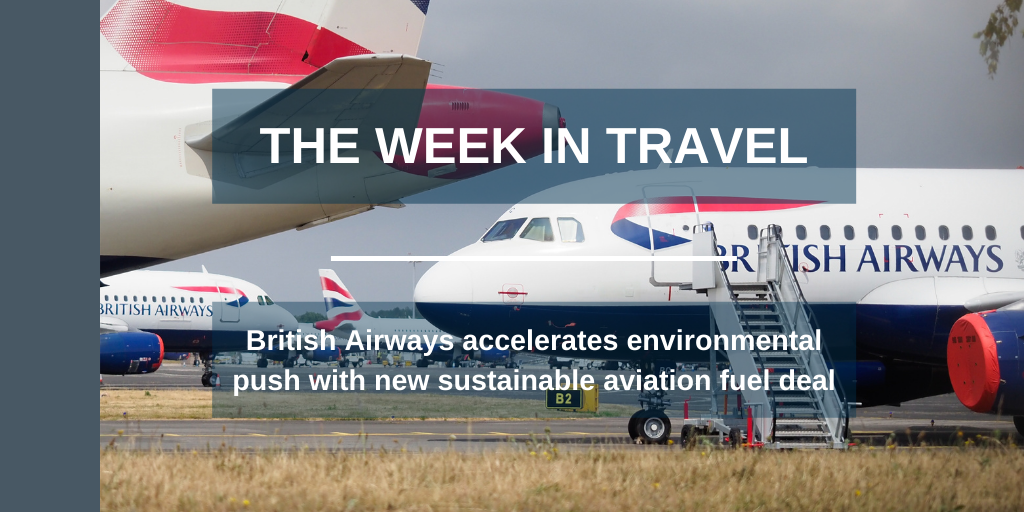 British Airways is pressing ahead with major plans to cut its carbon emissions, announcing that it will become the first airline to use UK-produced sustainable aviation fuel (SAF) from early next year.

A deal signed between British Airways and energy company Phillips 66 will see the carrier purchase SAFs produced at the Humber Refinery in Lincolnshire. BA is set to buy enough sustainable fuel to reduce lifecycle CO2 emissions by nearly 100,000 tons, according to Phillips 66. Sean Doyle, chairman and CEO of British Airways, said the agreement ‘marks another important step on our journey to net zero carbon emissions’.

Meanwhile, airport operator JFKIAT is bringing a host of technological innovation to improve infrastructure and customer satisfaction at John F. Kennedy International Airport’s Terminal 4. This includes a new contactless retail solution that allows customers to tap their credit card at the entrance of a food outlet, select their items and leave, with the amount spent automatically charged to their card. JFKIAT has also teamed up with Assaia International AG to launch ApronAI Turnaround Control, an artificial intelligence solution that will help identify operational situations that may lead to delays or incidents.

In Asia, Airport Authority Hong Kong has extended its rental relief programme for concessionaires by two months. The scheme will now run to January and will continue to support retail and catering partners at Hong Kong International Airport with measures such as waiving of rental fees.

And finally, Changi Airport is appealing to passengers with a need for speed with the opening of a new go kart track. The new dinosaur-themed attraction, called Dino Kart 2.0, offers both day and night racing under neon lights. It forms one of the main attractions at the new Changi Festive Village at the airport’s Terminal 4, offering new experiences to passengers both young and old.