The Week In Travel – 3rd September 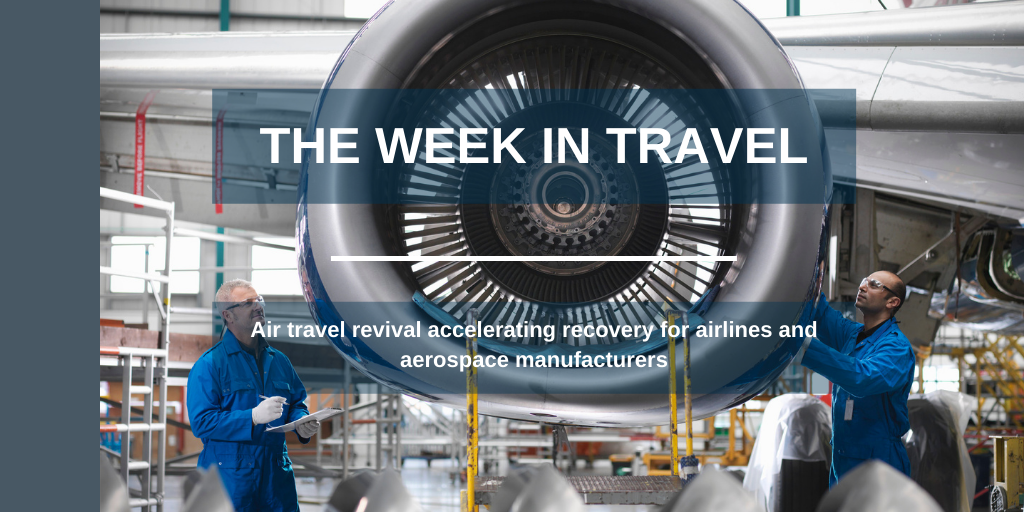 An uptick in numbers is pointing to signs of recovery among airlines and aerospace manufacturers, according to news reports this week.

Speaking to the Guardian, UK engineering group Melrose, owner of GKN Aerospace, said it had seen a £223m profit for the first half of the year, boosted by recovery in its jet parts business. Melrose chairman Justin Dowley said; “We are continuing to see recovery in all our businesses…encouragingly, our aerospace business is now weighted towards the expected narrow-body recovery.”

Ryanair also saw an uplift in passenger numbers in August, with a total of 11.1 million travellers flying with the airline last month. This was ahead of the airline’s target of 10.5 million passengers and 50% greater than numbers recorded in August 2020. Michael O’Leary, chief executive of Ryanair, said passenger numbers could exceed pre-COVID figures in 2022 barring any further major disruptions affecting international travel.

More cause for optimism came from Hong Kong, which is set to begin welcoming tourists from Shanghai and Guangdong under its ‘Come2hk’ quarantine-free scheme. This will allow visitors from mainland China to travel to the Special Administrative Region, starting in Guangdong and then extending to Shanghai in the second phase. Elsewhere, Abu Dhabi has announced that fully vaccinated travellers will be exempt from quarantine when visiting the United Arab Emirates capital from 5th September.

However, in less positive news, Australia’s travel market recovery was dealt another blow with the announcement that the country would be extending its ban on overseas travel to December. Inbound and outbound travel restrictions are due to be lifted when 80% of those eligible are vaccinated.

And finally, a bellboy at a Turkish hotel has been left shocked after he was bequeathed a small fortune from a British tourist with whom he had struck up a long-standing friendship. Taskin Dasdan had looked after holidaymaker Charles George Courtney during his many years of staying at the Korumar Hotel De Luxe. After Charles passed away earlier this year, it was discovered that most of his substantial inheritance had been left to Taskin, who has pledged to continue working at the hotel despite his newfound wealth.