The Week in Travel – 4th December 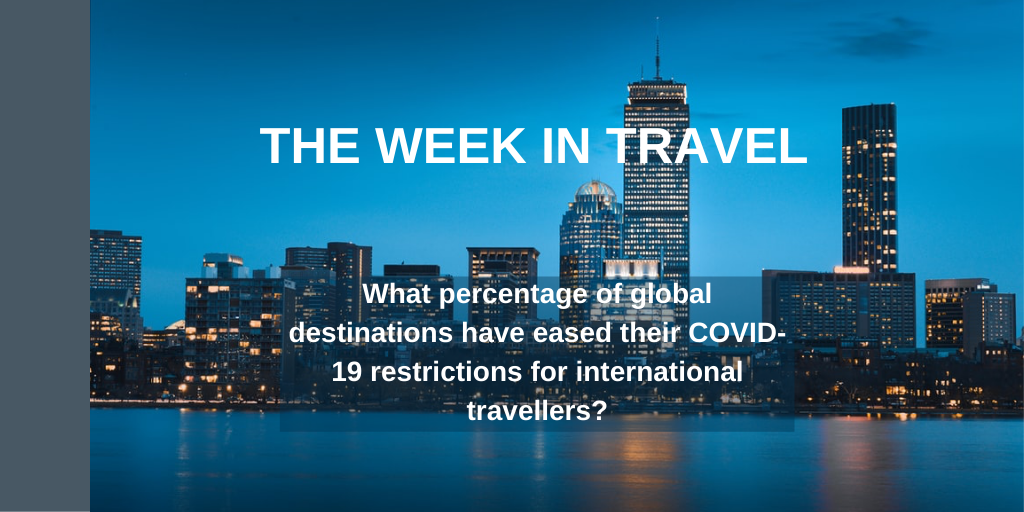 This week’s news round-up from the world of travel starts off on a bright note. A new report from the UN World Tourism Organisation (UNWTO) has found 70% of global destinations have eased their travel restrictions for international visitors since the start of the COVID-19 pandemic. The Travel Restrictions Report adds that out of the 217 destinations it is tracking, only one in four is continuing to keep their borders completely closed to foreign travellers.

While this may be the case, many challenges remain for the travel industry. One US-based travel organisation this week warned that airlines are at risk of permanently losing between 19% to 36% of business travellers as a result of coronavirus. In its new study featuring insight from travel professionals, IdeaWorksCompany claimed business travel will remain depressed in the future, adding that business travel booked by US corporate travel agents declined by 85% year-on-year this November.

In airline news, Qantas has announced its intention to outsource its ground handling operations at 10 airports across Australia, leading to the loss of 2,000 jobs. However, there was a more positive outlook from Air France, which revealed it is tripling capacity on domestic flights to help passengers travelling during the Christmas holidays.

In Asia, the Singapore/Hong Kong travel bubble suffered a setback after the plan was pushed back into next year, following a surge of COVID-19 cases in Hong Kong. Elsewhere, Japan’s ruling Liberal Democratic Party has approved a proposal that calls for “strong support” for airlines affected by the pandemic. The proposal is expected to shape a new stimulus package to aid travel operators in the country, which is due to roll out in December.

And finally, while many may be missing out on flying, Microsoft’s Flight Simulator is giving passengers the next best thing. The popular video game series is known for accurately depicting some of the world’s most popular flight paths. To prove this, passenger Rami Ismail played the latest version of Flight Simulator during a recent flight from Canada to Amsterdam, piloting the same route virtually in real time. After many hours in the air, Flight Simulator touched down just four minutes before Ismail’s actual plane did, a feat he called “absolutely staggering”.