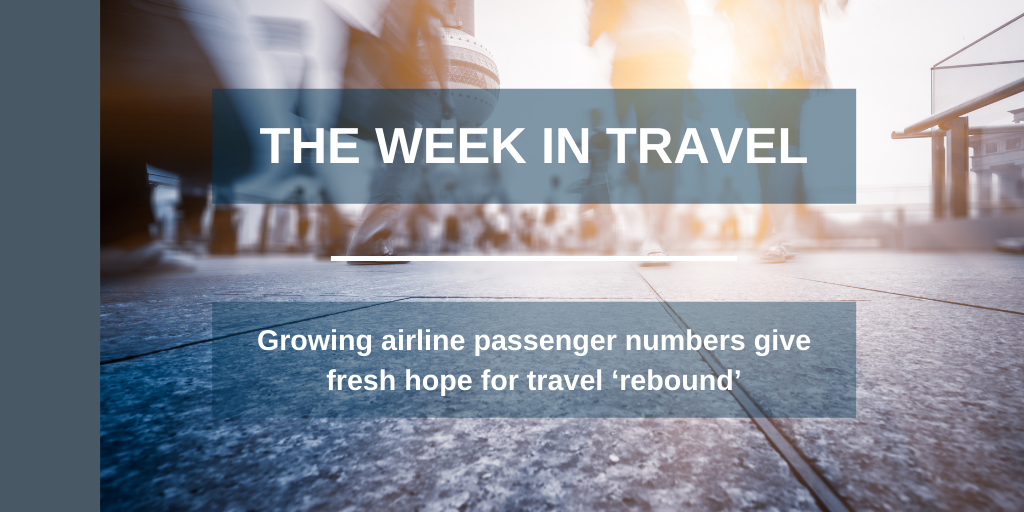 The travel ‘rebound’ continues to gather pace with encouraging news from airlines and trade associations this week.

US carrier Delta revealed a 450% rise in its international point of sale bookings, with the figures coming six weeks after the US government announced plans to ease its travel restrictions. Delta confirmed it had seen strong demand from both leisure and business travellers. Elsewhere, airline Norwegian reported that it carried 1,203,205 passengers in October – the first time it has broken the one million passenger mark in a single month since the start of the pandemic.

On a global scale, the latest figures from the International Air Transport Association (IATA) showed positive but more moderate growth. Total demand for air travel in September was down 53.4% compared to figures from September 2019. However, this marked an improvement from August, where demand was down 56% compared to August 2019 levels. Demand for domestic travel was down 24.3% in the same period, a big change from the 32.6% decline versus two years ago.

At Gatwick Airport, new AI technology is set to be introduced that will improve security and passenger flow. The airport will work with technology experts Veovo to introduce the Passenger Predictability solution, which will provide real-time awareness of people’s movements and experiences in the North and South terminal security areas.

And finally, as Australia finally begins to reopen its borders, the Australian tourist board has unveiled a new $8 million campaign to boost domestic tourism. New ads featuring celebrities such as comedians Hannah Gadsby and Hamish Blake will encourage citizens to gift local travel experiences to fellow Aussies as Christmas gifts.