The Week In Travel - 6th August 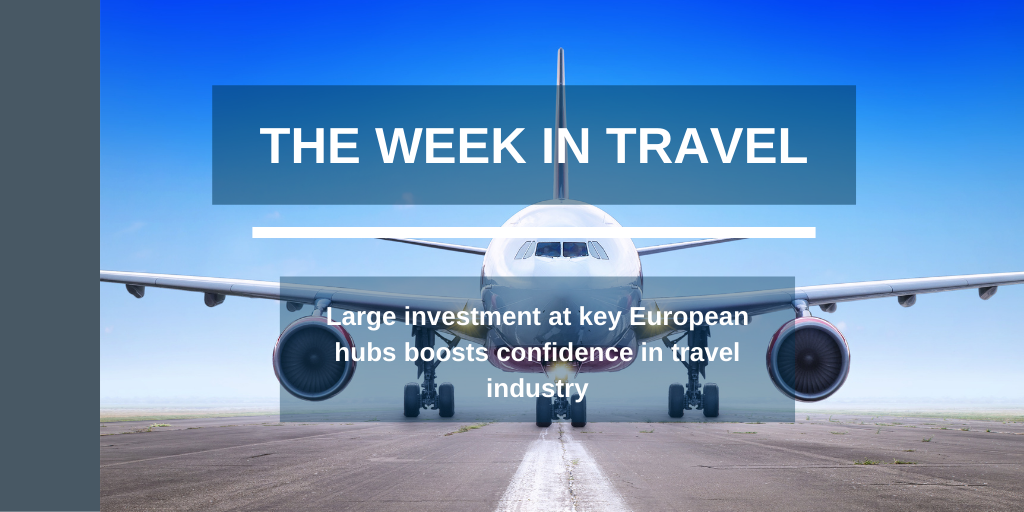 This week’s travel news round-up starts off on an optimistic tone, with operators across Europe investing heavily in new projects designed to improve the overall travel experience for passengers.

Frankfurt Airport has unveiled its new Fraport Visitor Centre in Terminal 1 in time for the summer holidays. It will feature around 30 interactive exhibits that will help travellers learn more about the airport’s history and day-to-day operations, with highlights including a virtual reality ride through its baggage handling system.

German rail operator Deutsche Bahn has partnered with EasyJet to sell new ticket packages to passengers combining air and rail travel. The move is designed to make it easier for airport travellers to make onward connections after landing.

Staying in Germany, Berlin Brandenburg Willy Brandt Airport reported passenger numbers hit 1.25 million in July, breaking through the one million mark for the first time. The figures were nearly double those of the previous month, with the airport attributing the spike to growing demand for local travel during the summer holidays.

Further south in Spain, officials have agreed to a €1.7bn expansion of Barcelona-El Prat Airport, which will be funded by operator Aena. The investment is set to increase passenger numbers at the airport from 55 million to 70 million, with work expected to be completed by 2030.

In Asia Pacific, Australian airline Qantas will temporarily stand down 2,500 staff for around two months in response the latest COVID restrictions imposed in the country. Qantas CEO Alan Joyce said he is not expecting job losses as a result of the move, but warned “the challenge around opening international borders remains”.

And finally, we’ve all been encouraged to get to the airport early to leave enough time for check-in, but one UK passenger went one step further by turning up an entire year early for her flight.

Model Alexia Portman was due to travel from Croatia to Italy as part of her holiday, but discovered she had accidentally booked her flight for 2022 instead of 2021. After sharing her blunder on TikTok, the video quickly went viral, amassing over one million views and nearly 400,000 likes.