The Week in Travel – 7th May 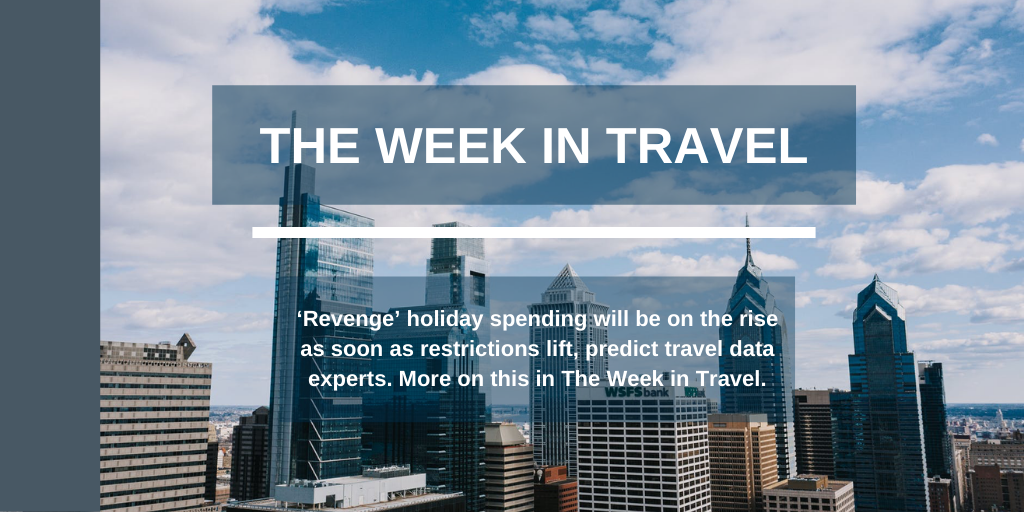 So the good news this week is that travel data experts predict there is much pent-up demand for travel, and ‘revenge’ holiday spending will be on the rise as soon as restrictions ease.

The latest data from comparison site finder.com revealed a quarter of Britons have travel plans for the next three months, over twice the number recorded in February. Looking globally, Malaysia ranks the highest when it comes to numbers looking to take to the skies, with 44% of respondents planning to travel soon, followed closely by India and The Philippines.

Once again, there was more than a glimmer of optimism from China with some astounding figures reported during its May Day holiday last Saturday, as trips more than doubled across the country compared to the same day last year. Among the 56.4 million trips taken on the day, almost a million of these were to Wuhan, the initial centre of the COVID-19 outbreak. Travellers enjoying the holiday in the Hunan region spent 21.9 million yuan (US$3.4 million) – up a staggering 167% from 2020.

Meanwhile, new research from ForwardKeys suggests vaccinations are indeed a driving force in international travel recovery, as both Greece and Iceland saw a significant spike in inbound flight bookings after announcing they will welcome vaccinated visitors this summer.

Finally, LGBTQ+ travellers are among one of the markets most eager to travel again, according to the International LGBTQ+ Travel Association. A recent study found 73% of global respondents are planning to take their next major holiday before the end of 2021. LGBTQ+ friendly getaways and destinations that allow travellers to reconnect with nature, such as Tahiti and Iceland, are said to be among the most popular options.