The Week in Travel – 8th January 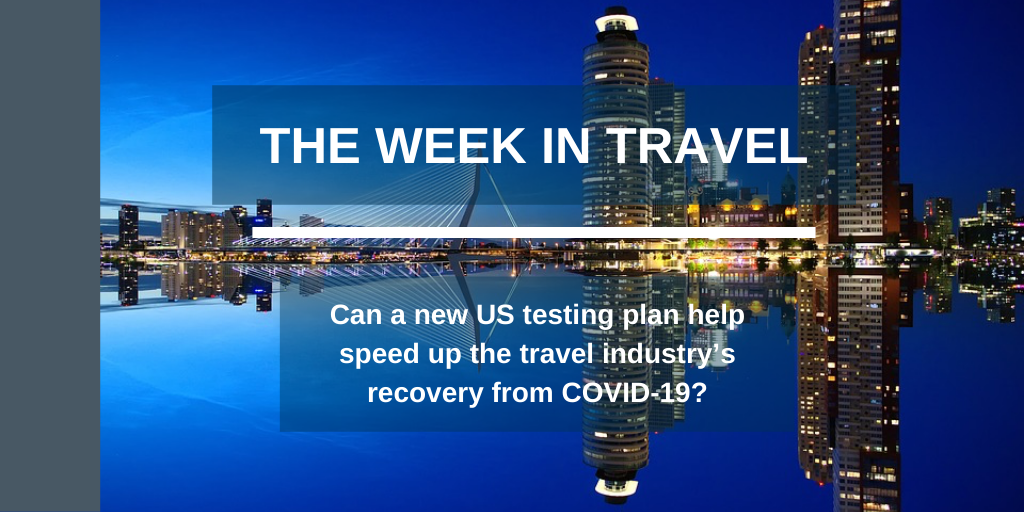 We begin this first edition of the new year with news of major US airlines backing a new COVID-19 global testing programme proposed by public health officials.

The Airlines for America group – representing carriers including American Airlines, United Airlines and Delta Air Lines – is supporting plans by the US Centers for Disease Control and Prevention to implement “a global programme to require testing for travellers to the United States”.

At the same time, Airlines for America has written to the US government urging it “to move ahead with recommendations to rescind entry restrictions on travellers from Europe, the United Kingdom and Brazil as soon as possible…concurrently with the testing programme.”

In the UK, Ryanair has hit out at “draconian” national lockdown measures introduced by the UK and Irish governments this month, which has led the company to make big cuts to its flight schedule. Ryanair said it expects to lose 95% of its passenger traffic in February and March as a result.

Elsewhere, Zurich Airport is the latest to open an on-site COVID-19 testing facility. The facility, which will be jointly operated by the airport and Swissport subsidiary Checkport Schweiz AG, will check passengers using Enders Diagnostics’ PCR tests. These will be carried out using saliva samples rather than nasal swabs, allowing for quicker test results within five hours.

Following the discovery and subsequent spread of the new COVID-19 variant, Japan prime minister Yoshihide Suga has this month taken the decision to suspend business agreements with 11 countries, including China, South Korea and Singapore.

Despite the extra challenges presented by the new strain, the Vietnamese government has announced it will commence with building the first phase of a new airport in Ho Chi Minh City. The new airport is set to become the largest in the country, with facilities and terminals capable of serving 25 million passengers a year.

And finally, a UK couple have been awarded MBEs after distributing 125,000 unwanted first class airline meals to local people in need. David and Christine Bagley of Bolton offered the meals and other donated food to families and the homeless through their charity, Urban Outreach. Their efforts last year included providing 55,000 lunches during the school holidays in the midst of the COVID-19 pandemic.