The Week in Travel – 9th July 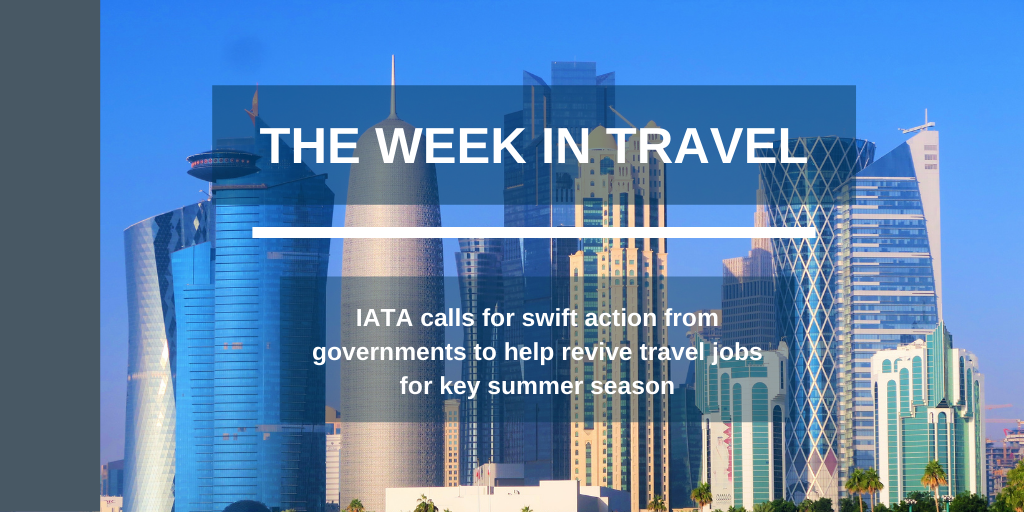 Governments must act faster to reopen borders in order to revive tourism jobs and encourage travel during the important summer holiday season, according to the International Air Transport Association (IATA).

The latest research from IATA shows a slight increase in total demand for air travel in May, which was down 62.7% compared to the same month in 2019. This represented a small gain over the 65.2% year-on-year decline recorded in April.

IATA Director General Willie Walsh said the organisation was starting to see positive developments, but was disappointed that “more governments are not moving more rapidly to use data to drive border opening strategies” ahead of the summer travel season.

In the same week, research from corporate payments provider AirPlus International found nearly half of corporate leaders expect business travel to bounce back stronger than before the pandemic. The global survey of 743 board members and executives also found 80% of respondents believed personal contact with customers and suppliers remained essential for corporate operations.

In the US, a coalition of 24 industry organisations are pressing the White House to lift restrictions to allow international visitors back into the country. The group, consisting of the US Travel Association, airlines, airports and other travel and tourism businesses, called for fully vaccinated travellers from non-high risk areas such as the EU to be allowed entry as a first step.

Heathrow Airport is set to trial fast track lanes for fully vaccinated arrivals on selected British Airways and Virgin Atlantic flights. The pilot scheme would, according to Heathrow, “help prove vaccination status can be quickly and easily checked away from the border and allow safe entry to the UK”.

And finally, Gatwick Airport is considering changing the name of its South Terminal to ‘Southgate’ Terminal in honour of England football boss Gareth Southgate, who helped steer his team to the Euro 2020 final this week. The airport suggested the move on its Twitter account to pay tribute to “homegrown hero” Southgate, who grew up close to the airport in the nearby town of Crawley.