The Week in Travel – 9th October 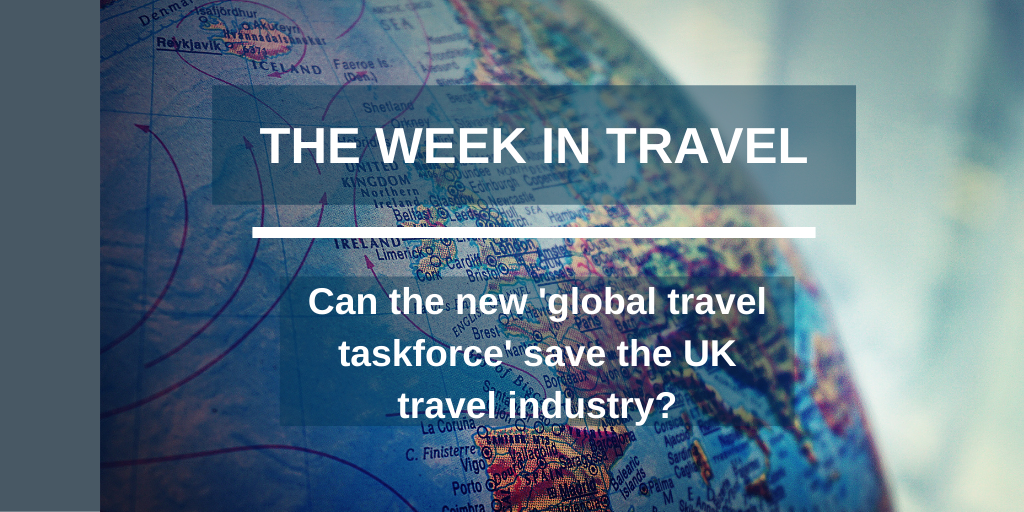 This week’s travel news round-up starts in the UK where, after months of debate, the government is taking its first steps to address coronavirus restrictions for international and returning air passengers.

A newly-formed ‘global travel taskforce’ will look into ways of reducing the current 14-day quarantine measures – including potential COVID-19 testing at airports – with plans being put forward by early November. The news can’t come soon enough for the UK travel industry, with the latest figures from analysts ForwardKeys showing visitor numbers booked on British flights is down by more than 90% compared to last year.

At the same time, the International Air Transport Association (IATA) claimed airlines are losing money at a rate of around US$13 billion per month, and warned of imminent bankruptcies unless more was done to support these companies. This will come as little comfort to US airlines, with CNBC reporting that carriers have started furloughing more than 30,000 workers from this week. US government House Speaker Nancy Pelosi also announced there would be no standalone bill for additional airline aid unless a larger coronavirus stimulus package was introduced.

There was, however, more encouraging news across Asia, particularly in China, where domestic passenger numbers returned to 80% of pre-pandemic levels following a successful Golden Week. More than 637 million people travelled within China during the holiday period, spending an estimated 466 billion yuan (US$68.6 billion). The Japanese government also announced plans to remove an overseas travel ban to 12 countries including Australia, China, Singapore and South Korea.

Meanwhile, Cathay Pacific Airways and United Airlines are among the first airlines to trial a new digital health pass for travellers. Developed by the Commons Project Foundation, the new CommonPass will allow travellers to document their COVID-19 status electronically. Users simply take a verified COVID-19 test and share the results with CommonPass and, once confirmed, a QR code with the information is generated and can be easily scanned by airline staff and border officials to ensure safe travel.

Finally, flights at Toronto Pearson International Airport were grounded for an hour when a rescue dog escaped on to a runway. Crystal, a Spanish podenco, had arrived in Canada on a British Airways flight from Spain but managed to free herself from her cage upon landing. Airport authorities took more than 12 hours to catch the lightning-fast pooch, which eventually tired itself out and came to rest under a truck.